The Reality Of The Master Of Brutality

When I was on my heavy doom kick last fall, one of the bands that I decided to check out was Church of Misery. In 2011, Rise Above had reissued the band's hard to find 2001 debut, Master of Brutality, so I decided to give it a chance. The fact that the Rise Above cover for the LP ripped off the Master of Reality cover from Sabbath, certainly helped to get my attention as well. 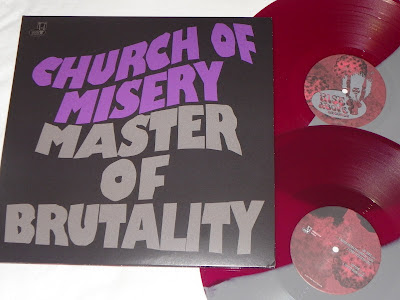 Church of Misery base all of their songs on serial killers. I'm not well versed in who a lot of these killers are, but after listening to the eerie intro of Killifornia with Ed Kemper talking about holding a severed human head and wondering if he was insane, I felt compelled to do a little research on the subjects of these songs. Staggering just how fucked up these guys were, with Herbert Mullin killing a total of 13 people because he believed that in doing so, he was protecting California from earthquakes...or Ed Kemper having oral sex with the decapitated head of his mother. Crazy and creepy to read some of this stuff. However, these songs are the perfect soundtrack to the stories of these disturbed individuals. 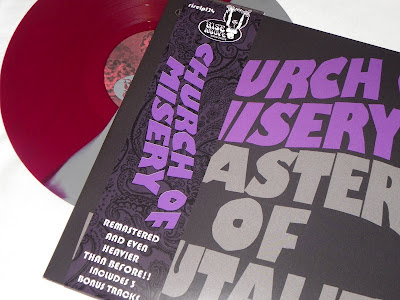 Since Church of Misery is from Japan, Rise Above included an OBI strip as part of the packaging. It's a real nice touch, and shows how much Rise Above care about the packaging of their releases. 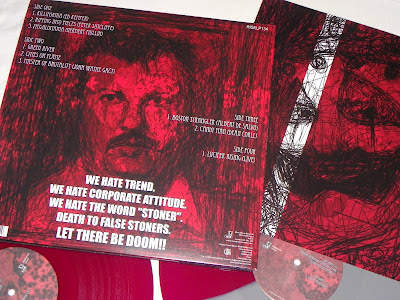 300 pressed on the split grey and transparent purple/red vinyl.

After reading this I went and watched some Ed Kemper interviews on youtube, very interesting stuff. I can hardly believe that the dude was 6'9" and girls were still getting in the car with him.