2009 and 2010 each ended with a Mindset EP in the number one spot for my top 10 list. I already have 18 pieces of Mindset vinyl, so why would you think that I'd stop there? 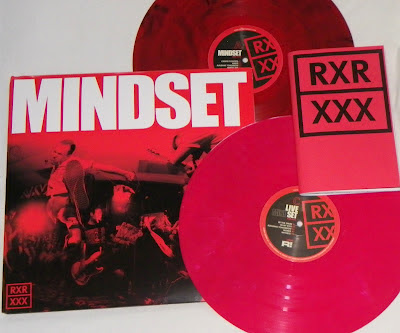 This newest REACT! release celebrates their 30th record, and combines those two amazing 7 inches onto one LP. To sweeten the deal even more, REACT! pressed 200 copies as a Deluxe Edition that included a bonus LP of the Liveset record. While that live record is excellent, I wish the band finally pressed the Anti-Wasteoids LP to vinyl, and included it instead. Sure it isn't their strongest stuff, but it is still a fun listen. It was Mindset's starting point, and I would have loved to have seen it as part of the Deluxe Edition for historical context.

Throw in a bonus fanzine with all kinds of photos, history, and an interview of the band, and you really can't lose with this deal. Plus, how cool is that RXR-XXX logo? I need that on a shirt. 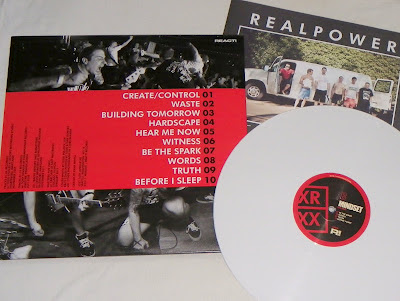 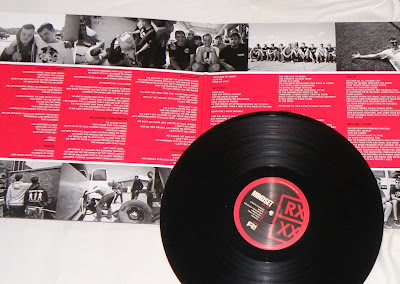 The entire packaging on this LP is mint. From the insane front cover photo that truly captures the intensity of the Mindset live experience, to the gatefold sleeve and design...this thing looks amazing. 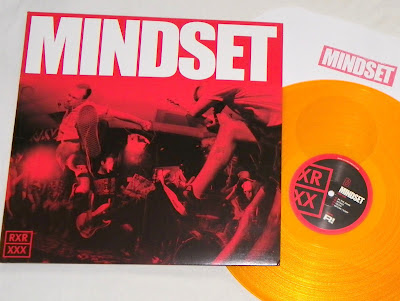 This was a REACT! release, so of course there was a pressing of 100 somewhere. There was a 'band only' copy on gold vinyl, and thanks to the power of Facebook, I was able to grab one from the band when they posted that they had some available.

MJS said...
This comment has been removed by the author.
7:38 PM