The Year of the Iron Curtain 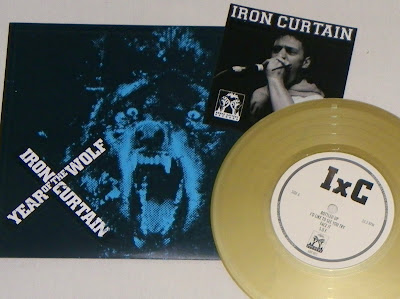 Compared to the 2011 demo, Year of the Wolf has a bit more of an edge to it...it seems a bit angrier...but maybe it's because the demo had cartoon monkeys on the front, and this one has a snarling wolf. 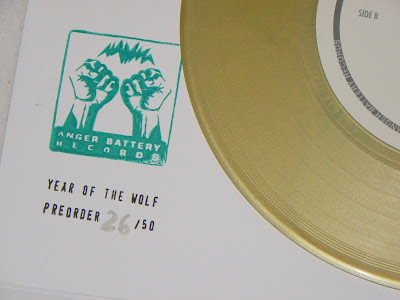 50 of the gold vinyl got pre-order stamps on the inside cover and were hand numbered. 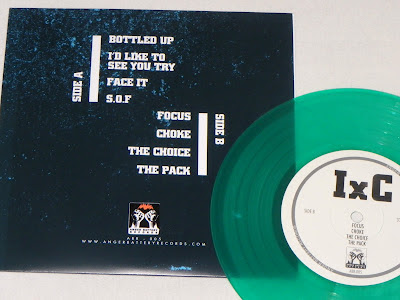 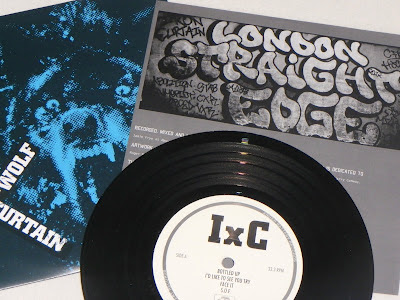 I love how I live about 20 miles outside of London, I've never heard this band and I'm reading about them on some American's blog. Brilliant!

Well they are a new band, so I wouldn't expect that you'd heard of them.