When Tre, from Deathwish, puts records up on eBay, chances are that he will have something in there that I'm going to want. When I saw he had a few different pressings of the 411 Say It 7 inch, I decided to take a run at all three of them. 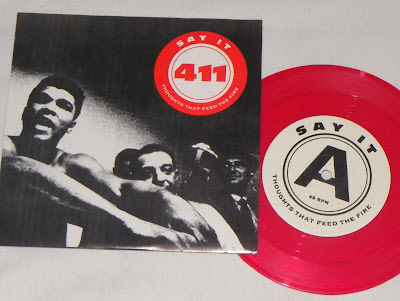 I was hoping to win them for cheap, so I bid low. In the end, the only one that I ended up winning from him was the "pink" copy he had listed. This was the one that interested me the most. I had bought a copy in the early 90's that was a solid red vinyl, with some white swirled in, and yet the "pink" copy that Tre had listed appeared to be a clear red. I was intrigued and had my heart set on winning it so that I could see the difference for myself. 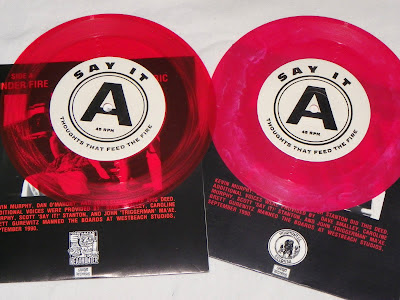 Yup, two different pressings. With the different Headhunter logo on the back cover, I'm assuming that the clear red one is a later pressing. 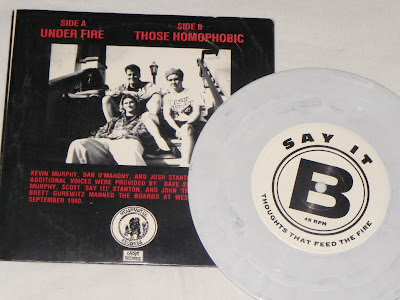 I missed out on both the grey and black vinyl from Tre, but now that I had the pink one on the way, I really wanted one of the other ones. Luckily, there was another seller on eBay that had the grey vinyl available, and I was able to grab it for cheap.

Never knew there was a clear red copy out there or even a pinkish red copy. I only had a red as red can be copy and I still own my white copy.

Interesting. I own this on grey and I know of the red pressing but had no idea about a "clear red" or a pink. Headhunter was pressed/distributed by Cargo so there's probably no info on pressing, right?