In addition to the Iron Maiden record that was being released on Black Friday, Anthrax also pushed out a 7 inch single for the song A Monster At The End, from their newest album, For All Kings. 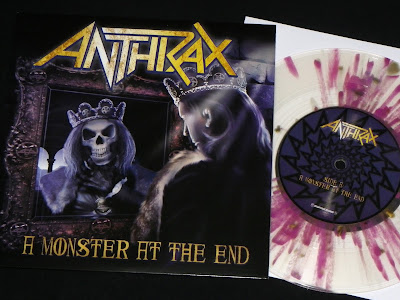 After slagging the new Anthrax album for a couple of months, I had a change of heart when I really sat down and gave it an honest listen. It grew on me, and really surprised me with how strong it actually was. By the years end, I may be rating it higher than the new Metallica...which is a total shocker. 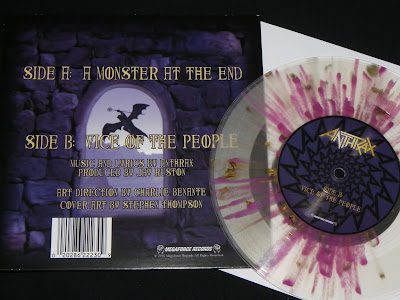 Had I not already been in the record store for the new Iron Maiden vinyl, I probably wouldn't have given the Anthrax single much of a thought, but I figured "Hell, I'm already here, so I might as well grab it as well". The b-side, Vice Of The People, was an bonus song for the Japanese pressing of For All Kings CD, and it is good to see it released for the rest of the world on this single. Great song.