Getting A Little Stiff

Okay...I'm going to try and blast out one more post before we get to the year end recap. This puts me at 18 posts for the month, which is a pretty solid number. Typically I'm scrambling at the end of the year because I've allowed my backlog of records to get out of control. This year, however, I'm hitting record highs on posts because, well, I've just bought a ton of records lately. I figured I might as well close out 2016 with a bang. 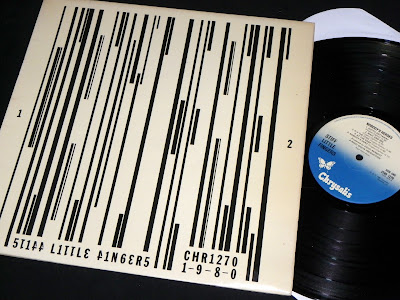 While the Stiff Little Fingers album, Nobody's Heroes, was released in 1980, I'm still going to lump it in with my late 70's punk obsession. While it seemed like that early Punk sound was dead by the end of the 70's, this album still carries forth that same kind of spirit. Nobody's Heroes may very well be the big kiss goodnight from 70's punk. It seems like once we rolled into the 80's, Punk and Metal got a lot more volume, and that 70's sounds faded away or got lame with New Wave. 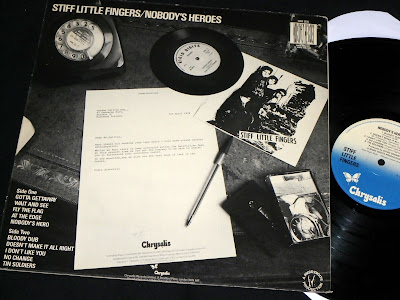 Unlike some of my recent late 70's discoveries, I was already familiar with the first couple of Stiff Little Fingers albums...I just only owned them on CD. During a recent Discogs binge, I was buying a couple records from a UK seller, and figured that I might as well add Nobody's Heroes to the order as well.