For the past couple of years, I've been toying with the idea of starting a collection for the UK Bronze pressings of the early Motorhead records. I've already spread myself pretty thin trying to chase UK pressings for Thin Lizzy and Budgie, plus I still have work to do on those silver label Megaforce pressings that I'd started a few years ago...and don't get me started on the daydreams that I have for UK Neat, green label Combat records, and Aussie pressings of AC/DC. My mental Want List is always growing and shifting in priorities. 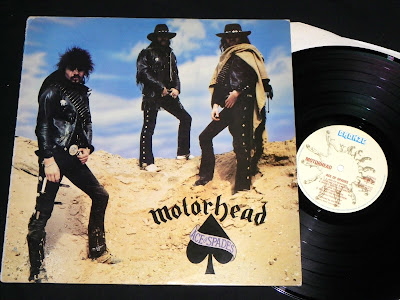 One year ago today, Lemmy passed away. As he was approaching 70 years in age, Lemmy was still on the road and touring with Motorhead. It almost seemed as though he was immortal...destined to keep playing Rock N Roll until after the rest of us succumbed to death. The realities of Nature meant that this could never happen, and on the 28th of December, 2015, we lost Lemmy.

With Lemmy's passing, I figured that my dreams of owning those early UK Bronze pressings were dashed. I was certain that prices of those classic records were going to skyrocket, and I would be kicking myself for not making a move sooner. Since I was already picking up something from a UK seller on Discogs, I checked what else they had for sale...and given the opportunity to pick up an original pressing of Ace Of Spades at a reasonable price, it was happy to also add it to my cart. 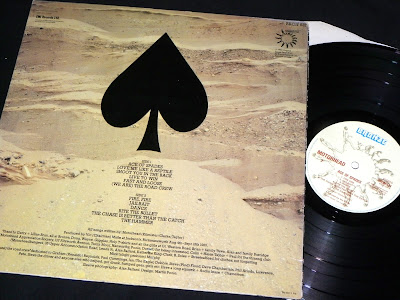 Man, you drop the needle on this vinyl, and the songs just hit you. I don't know if this UK Bronze pressing has a better sound or not, but I can say this piece of vinyl sounds amazing. Every song on here is a winner.