As we close in on the end of the year, I find myself suddenly scrambling to pick up the vinyl for some older records that I had just discovered in 2016...albums that I'd downloaded and enjoyed the hell out of, but haven't had the chance to buy yet.

I really dove into late 70's Punk during this past year, and I discovered a ton of cool albums that I'd never heard before. I literally downloaded around 15 punk records that were released during the span of 1977 through 1979, and I was blown away by how great some of them were. I'd seriously been missing out on some great shit. 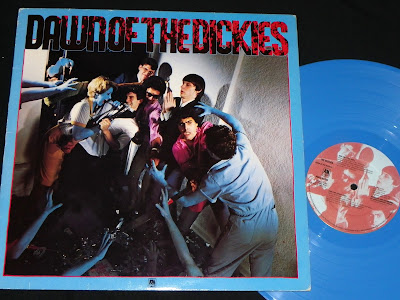 One of the bands that I'd discovered during this late 70's punk obsession was The Dickies. I've never bothered with the band, and even though I'd never really listened to them, I always considered them kind of a goofy joke. Sometimes I struggle with that kind of thing, so I always steered clear of them.

In a moment of desperation to check out something "new" from those early days of Punk, I finally made the move and downloaded the Dawn Of The Dickies album. It definitely had that frantic energy I was looking for, and while it was still kind of silly, it eventually won me over because it was so damn infectious. 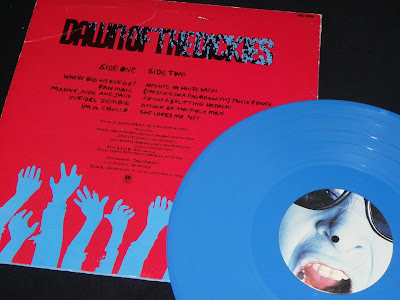 These days you can't buy a new record without being inundated with colored vinyl options...but back in the 70's and 80's, colored vinyl didn't show up very often. You took your black vinyl, and you were happy with it. So when I was looking to pick up a copy of the second album from The Dickies, and I saw that part of the initial '79 UK pressing was on blue vinyl, the choice was obvious.