I'd never heard Iron Savior before, but I'd been riding a high with Power Metal this year, and somewhere along the way, their name came across my radar. Seems as though they put out a few albums in the late 90's, which was right at the time that I was pretty much ignoring all Metal at the time, so it was no surprise that it took me so long to check them out. With a new album on the horizon, I headed over to youtube to check out their video their first single off Titancraft, Way Of The Blade. The song hooked me instantly...even though the video was cheesy as hell...and I grabbed a free download to check out the whole album once it was available. 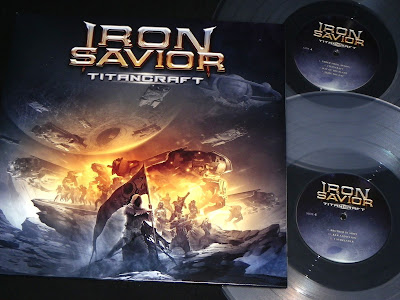 I didn't really spend much time with new 2016 releases this year. Even the stuff that I bought, only got a few listens before getting filed away on the shelf, as I focused on records that were much older. As we approached the end of the year, and I started thinking about End Of The Year posts, and Top Ten lists, I had to scramble in a desperate attempt to try and get my thoughts in line to recap this shit. As I was queuing up and listening to newer albums, trying to rank them, I came across the often ignored download of the new Iron Savior album. 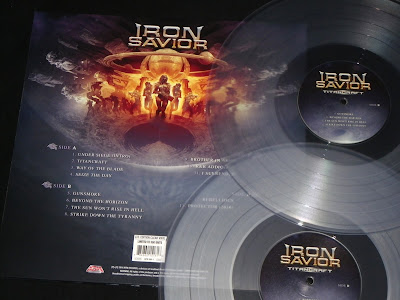 I approached it with a "hot or not" approach. If it didn't hold my attention, I would dump it...but as I settled in and listened to the entire album front to back a few times, I found that I quite enjoyed it. With so much Black and Death Metal around, I found Titancraft to be a refreshing dose of straight up traditional Metal. It isn't making my Top Ten, but I'm still happy to pick up this Metal record.