There was a time when I was excited about new Have Heart pressings. I couldn't get enough, and did not hesitate to buy every new pressing that came along. These days...meh...I don't know...I'm feeling burned out on having to buy the same record over and over and over. So when Triple B announced that they were doing a 10 year anniversary pressing of What Counts, why did I feel the need to buy all three pressings, when I already had 7 copies of the original 7 inch? 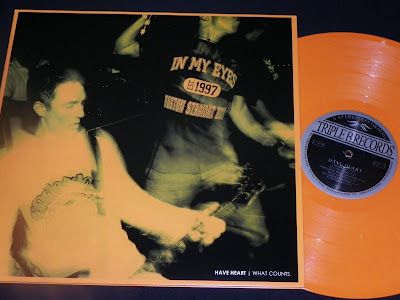 I guess that somewhere deep inside, I'm still holding on to the hope that someday, I'll get back to filling holes in my Have Heart collection. If that day comes, I don't want to look back and regret that I never bought these three pieces of vinyl. 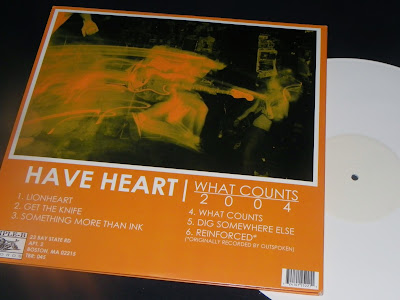 Another big draw to buy this 12 inch pressing of What Counts, is that we finally get the bonus tracks from the CD, Dig Somewhere Else and Reinforced on vinyl. 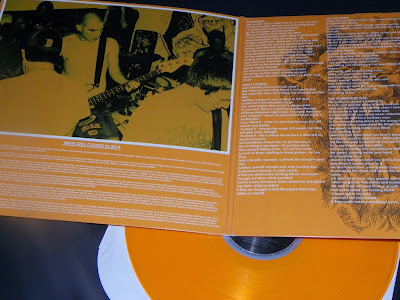 Great layout, and the essay on the inside gatefold about the beginnings of the band and recording of What Counts were a good read on the band's history.

500 pressed on orange/white swirl (which just looks like opaque orange), 1,500 pressed one white, and 2,000 pressed on clear orange. Thanks to those very high pressing numbers, I can only assume that we won't see another pressing of this for years to come. Thank you, Triple B.

Labels: Have Heart, Triple B

It kinda bums me out that there are pressed so many. But then again, compared to TTWC it's logical!