I ordered the Written Off 7 inch from Six Feet Under back in March of 2013. They wrote me in June of that year, to let me know that my package had been destroyed and returned by the Post Office. They were sold out of the Written Off/Outcrowd charity pressing that I'd ordered, so I was given a couple of options on what we could do next. I wrote back, saying that I was in no rush, and that I'd take the option to wait until they received the vinyl that was due to arrive in the next few weeks. Time passed, and I emailed SFU asking for an update on the status of my order. No answer. I emailed again and again...I sent messages on Facebook and Instagram...and each time, there was no response. 14 months later, I guess it is time to give up on SFU. 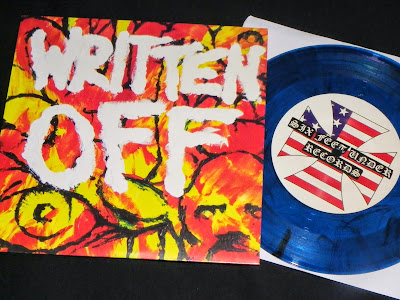 When I was in the Grave Mistake store recently, and I saw they had this 7 inch in stock, I figured that I'd waited long enough.

It is too bad that it took so long for me to get my hands on a copy of this, because this 7 inch is really quite good. I would have had this thing on repeat for most of 2013. 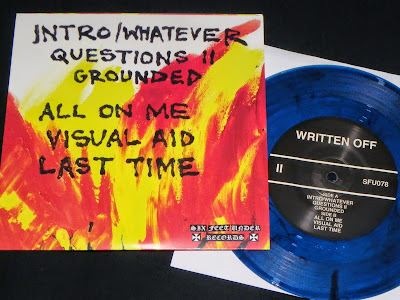 I had the same experience with SFU concering shirts. In my opinion that guy is a ripoff.

Same here. There's a SFU / Ebay deal I had with him since last year that's still not resolved. Not ever going to order anything from him / SFU again.

In his defense with the whole shirt thing, he had a problem with the printing company. Also, I believe he was on tour at the time.