When I purchased the Stone Axe Extended Play 10 inch a few months ago, I had no idea that it was going to trigger a full on obsession over the band. 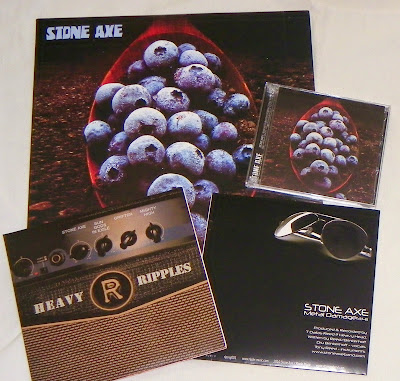 When it came time to buy the first Stone Axe album, I figured that I might as well go big, and ordered the Super Pack from Ripple Music. I wouldn't normally have had any interest in the CD, but they suckered me in with a bonus DVD full of live performances...and I can't resist Stone Axe in a live setting. 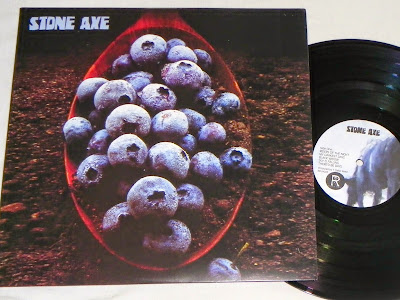 I first downloaded the Stone Axe album back in 2011. I was heavily getting into Doom, and I was downloading anything that remotely fell into that realm. I downloaded a ton of stuff, and Stone Axe got lost in the shuffle. I gave the album a spin in August, October and November of that year, and then left the songs to collect digital dust on my iPod. 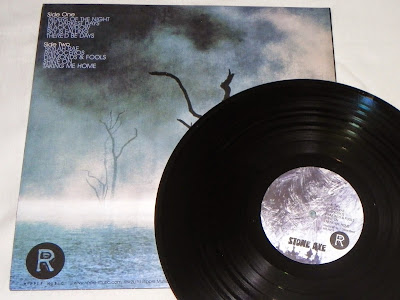 Earlier this year, I decided to give the album another try. I don't know why this didn't click with me three years ago, because I can't get enough of it now. Straight up heavy 70's riff rock. Seriously...Skylah Rae may be one of my favorite songs right now...the atmosphere that this song creates is mind blowing. 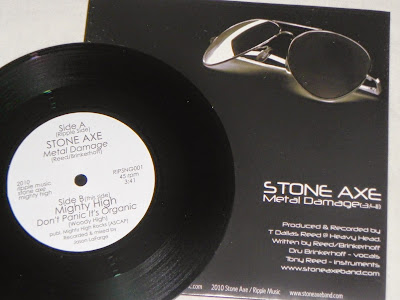 In addition to the LP the package deal comes with a split 7 inch that Stone Axe did with a band called Mighty High. This song doesn't disappoint, and I continue to love everything this band has recorded. 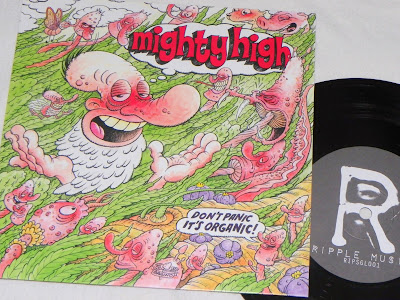 I'm obviously not a big fan of the drug theme of Mighty High...but still, this is a fun song. If I can mosh along to Murphy's Law and their Quest For Herb, I can hang with this song as well. 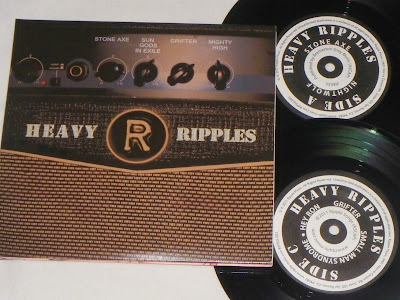 Also included in the package was a double 7 inch compilation for Ripple, called Heavy Ripples. 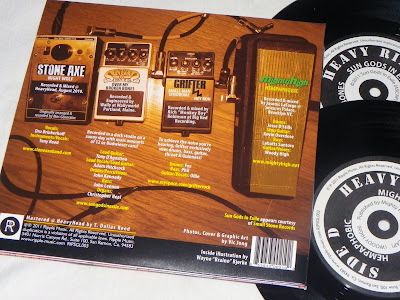 Of course the highlight is the Stone Axe song, which is a cover from one of guitarist Tony Reed's other bands, Mos Generator. It can't lose. The other bands on the comp are okay, but they all pale in comparison. 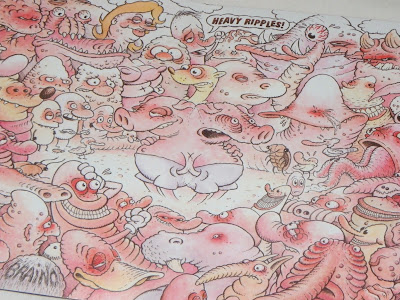 The inside of the double 7 inch gatefold sleeve contains more of that trippy artwork from the same artist that did the Mighty High cover from their split with Stone Axe. 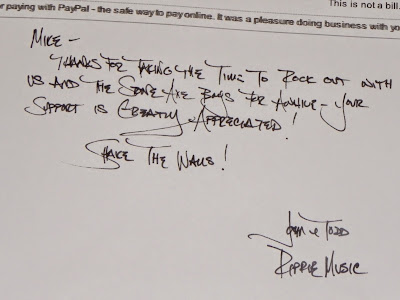 I do love it when bands and record labels add that personal touch with a thank you note along with your order.