Born To Metalize With Megaforce

I'm a sucker for 80's metal. I absolutely love it. Yeah, everyone knows and likes those big name bands like Metallica, Slayer, Megadeth, and Anthrax, but I get a bigger kick out of discovering those second and third tier bands...those bands that are widely forgotten and dismissed. Uncovering those bands that I missed out on 30 years ago, for one reason or another, still gives me a charge. 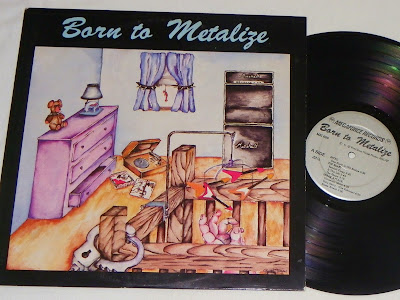 Had it not been for my recent obsession with collecting the original silver label Megaforce pressings, it is doubtful that I would have ever stumbled upon the hidden gem that is the four band split, Born To Metalize. 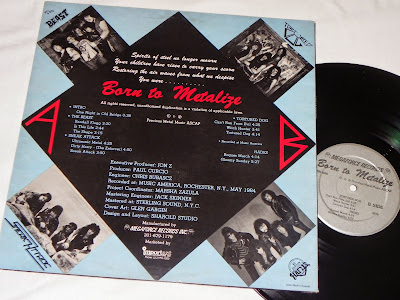 The Beast...Sneak Attack...Tortured Dog...I've never even heard of these bands, and to the best of my knowledge this four band comp was the only place that saw their recorded material released. Long hair, leather and studs...songs about Stephen King's The Stand, Dirty Harry, witch hunts, and killing posers to defend the name of Metal. Classic 80's speed metal...this shit rules! 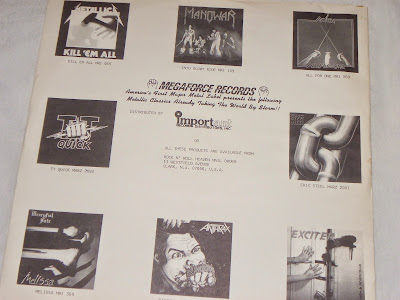 The lyric sheet insert captures where Megaforce was at the time. I only own the Exciter LP, so there are still some big albums to cross off my list. Which one should I chase next?

The thing with Manowar is that I'm not sure that Megaforce used silver labels for that one. All the ones that I've seen recently have black labels, which makes it less desirable to pick up. Other bands play, Manowar kill!

Killer find. About The Beast. They had their own EP called Power Metal. It contained "The Shape" and three other songs. From what I understand it's pretty hard to come by and it took me years to find anything on the internet about The Beast, because of the vague name. I discovered them by way of Megaforce's Deeper Into the Vault, which I bought on cassette for like a buck back in around 2002. It had "The Shape" and "Is This Life" on it, and I was so hooked on those songs.