No More Room In Hell

Earlier this year, a few old blogger friends were going nuts over the new Possessed album. While I loved the Possessed records from the 80's, I just couldn't get myself motivated to check out the new one, Revelations Of Oblivion. Part of my resistance was that I absolutely treasure Beyond The Gates and The Eyes Of Horror, and I was afraid that I would be left disappointed with the new record...and the other reason for my foot dragging was that I really only wanted to listen to hair metal and stuff from the early 80's. I figured that I'd get around to it sooner or later, but I was just in no hurry. 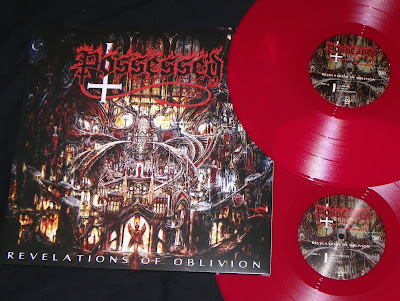 As I was digging into a few older thrash bands, like Death Angel, Flotsam & Jetsam and Overkill, that had released new albums in 2019, I figured that it was finally time to check out that Possessed album that everyone seemed to be losing their minds over. 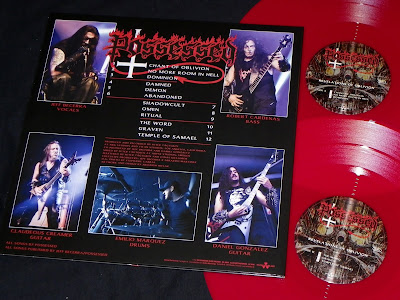 While Jeff Becerra is the only original member from the 80's, this new record totally captures the band's sound from those days. Guitarist Daniel Gonzales comes into Possessed from the band Gruesome, where he nails the sound from the early Death records, and here he makes you believe that Revelations Of Oblivion would have been a natural follow up to The Eyes Of Horror in the late 80's. Believe the hype, because this album slays. 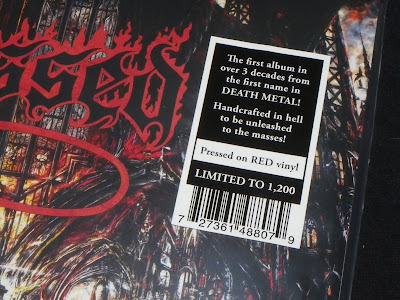 I had options for more limited pressings of Revelations Of Oblivion at my local store, but the red vinyl just seemed like the better option, so I went with it.