The Eagle Has Landed 40

Saxon release more live albums than Iron Maiden...and since Maiden have around eight live albums, that is saying a lot. Seriously, going through Discogs, I count fifteen live albums from Saxon. When you are as productive as Saxon, and have that longevity, I guess the live records start to add up...but still, that is a lot of live shit. 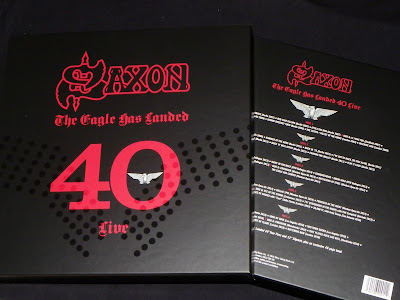 Saxon released their first album in 1979, and with the band celebrating their 40th anniversary this year, they decided to recognize the accomplishment with a huge live release.

This box set was substantial, and along with that, it carried a hefty price tag. I was torn if I really wanted this or not...on the one hand, how often am I going to listen to all forty live songs in one sitting...but then again, I've had my eye on picking up the 22 song live set for the Heavy Metal Thunder album that was live at Wacken from 2012, and waiting around on these things doesn't seem to make them cheaper. In the end, I bit the bullet and pulled the trigger on it...bank account be damned! 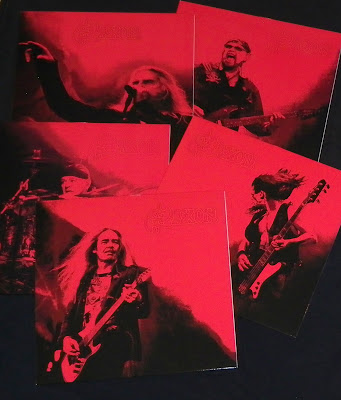 This box set contains five records...each with their own cover photo of a band member...so this thing had my attention from the start. 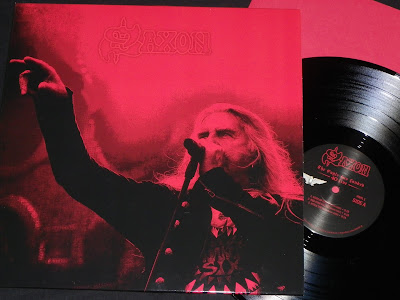 I love the look of these individual album covers. That red is a good look. 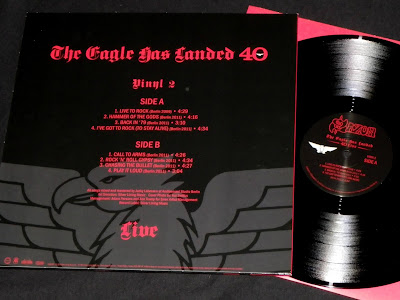 The songs from this set are pulled from different shows from 2007 through 2018, and covers an impressive spread of material. A lot of these songs I'm really not too familiar with, so I'm excited to hear them here. 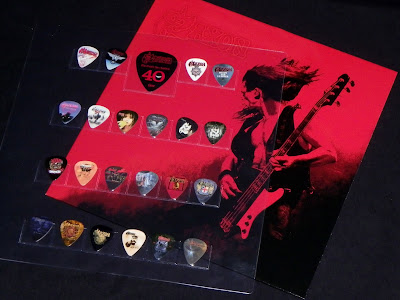 Included in the box set is a set of 23 guitar picks, featuring that artwork from Saxon's 22 studio albums. I find this to be a cool addition and something special and unique for this box set packaging. Nice touch. 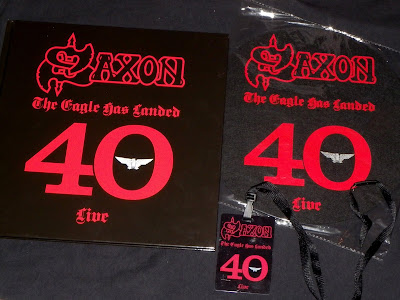 In addition, the package also includes a nice hardcover book, a slipmat and a tour pass that has a download code. 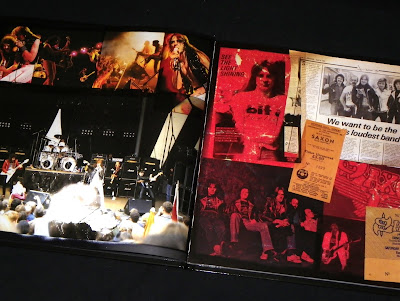 The book looks really nice, with forty pages of photos from Saxon's forty years on the road. This thing is really solid, although I would have loved to have some pieces of writing and history notes included...still, it is a nice piece of eye candy. 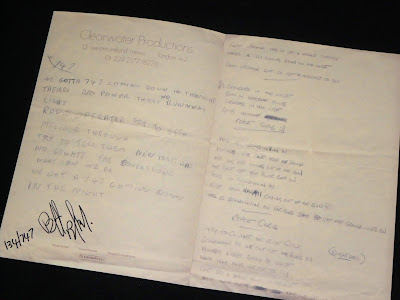 Finally, the box set also includes a print of the original hand written lyric sheet for 747 (Strangers In The Night). 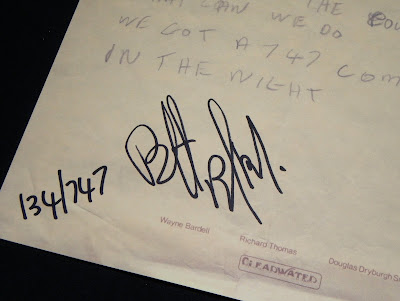 The lyric sheet print is signed by Biff Byford and hand numbered out of 747. Overall this box set is really well done, and is a nice collectors item. I'm glad that I grabbed one.