I had no idea who Greta Van Fleet were, but suddenly I was hearing all kinds of criticism of the band. I didn't know where the hate was coming from, and honestly, I wasn't really paying attention...but once I discovered that people were complaining that the band sounded like a Led Zeppelin clone, I figured that I'd give them a chance. Hey, I love Led Zeppelin, so you can bet I was interested to hear if a new band could pull off that style in 2019. 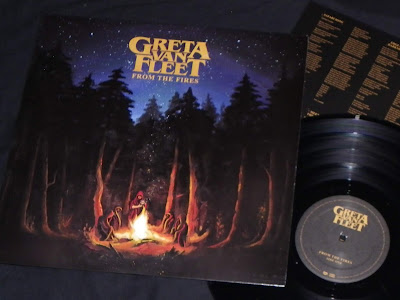 I'll admit, I was skeptical going into this, but I queued up Highway Tune to see what everyone was talking about. Holy shit. The Led Zeppelin comparisons are valid. I wanted to make sure it wasn't a one song deal, and I checked out the entire From The Fires album, and this shit holds up. In addition to the Zeppelin comparison, the singer's voice also has hints that remind me of The White Stripes, and that is all good in my book. It might be cool to hate on this band, but this is some great late 60's / early 70's hard rock. 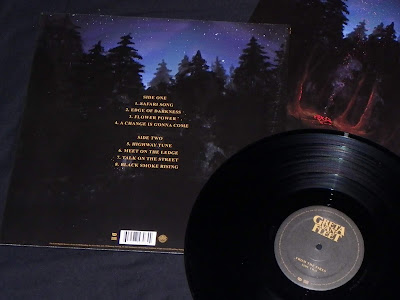 From The Fires was originally released in 2017, but the album finally saw a vinyl release this year. I'm down with this record, so I'll gladly add it to the collection.