In A Crucial Place

I'm pretty stoked on hardcore right now, so that means that I'm buying hardcore records. I'm not only taking chances a checking out new bands, but I'm also having some fun dusting off some older shit that I haven't thought about for years. 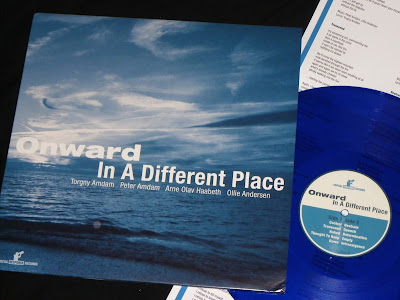 At some point last year, I saw a post on Instagram about the Onward album, In A Different Place. I remember that it stood out to me because the cover photo was different than the original CD pressing from '93. I thought it looked pretty sharp, but at the time I wasn't really into chasing new hardcore records, so I shrugged my shoulders and quickly forgot about it.

Recently, that Onward record caught my attention again. I don't know why, since it had been years since I'd listened to the band, but I was feeling really drawn to that album cover. Apparently the original artwork and layout was lost, so for this reissue, the label had to pull together a new design. I'm digging it. 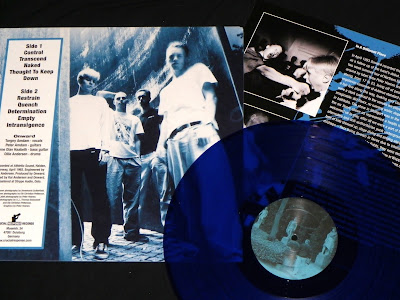 I remember getting the original CD back in '93, and comparing it to We're Not In This Alone...okay, looking back on it, that is kind of a stretch, but as a young edgeman, I was stoked on this album. Still, I'm glad to see this finally get a vinyl release, and it has been fun to revisit it. 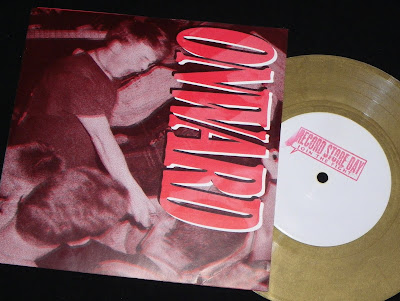 While I was picking up the vinyl release for In A Different Place, I decided to add another copy of the Onward 7 inch to my order. It was kind of the spur of the moment, dumb decision that you would expect from record nerds. I mean, I only have a common black vinyl first pressing of this 7 inch, so it's not like I'm "collecting" this record...but with the red cover looking so different from the first press blue cover, I just grabbed this without thinking. 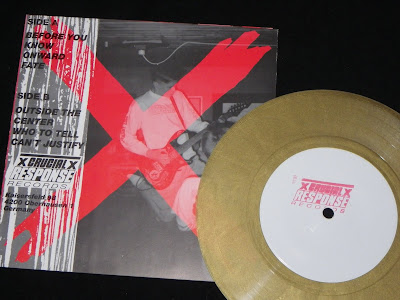 Apparently Crucial Response did this gold vinyl pressing for some kind of Record Store Day release. I'm not sure how many were pressed or if they actually made their way to a physical record store, but hey, I'll take one.

Still need to check these Norwegian guys out one day, good idea. Are these recent pressings or older?

I believe that the album was pressed to vinyl last year. Still available in the Crucial Response store.