To Whatever Fateful End

A couple months ago, I took a trip to Boston to check out the Murder In The Front Row movie. It was only playing in select theaters, and when I was exchanging some messages with Pete, he mentioned that he wanted to go see it as well, but he had no one down there to go with him. I jumped at the chance, and said that I'd be willing to make the two hour drive down there to catch it with him. It was a great night, and over dinner we got to talking about the Have Heart reunion from over the summer, and I mentioned how crazy it was to have so many people showed up for that hardcore show. Pete agreed, and mentioned it was too bad that when Magnitude came through Boston recently, about only 50 people came out. My first thought was "Who the fuck is Magnitude?"

When I was recently picking up the new Antagonize record from Triple B, I figured that I'd check to see if any of their other new releases caught my attention. I saw the Magnitude name, and figured that maybe I should take the time to check out what they had to offer. 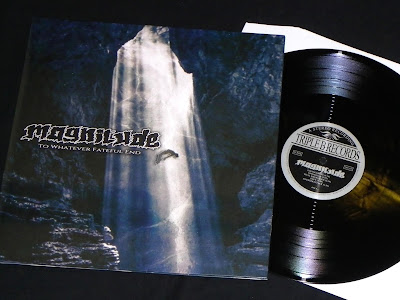 I gave a couple songs a quick listen, and figured they were good enough for me to buy the new record, To Whatever Fateful End, from Triple B. They didn't really jump out at me, but I was in the mood to buy hardcore records, so I grabbed a copy. I've given the album a closer listen over the past few days, and holy shit, this thing is so fucking good. 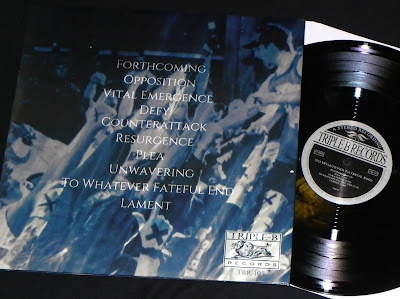 I would have ignored this based on the cover artwork, which gives off a metalcore vibe that I don't usually hang with, but man, I'm so glad that this made its way onto my radar. This record really reminds me of some of the 90's straight edge hardcore bands like Culture and One King Down, and it may be one of my favorite things to listen to right now. 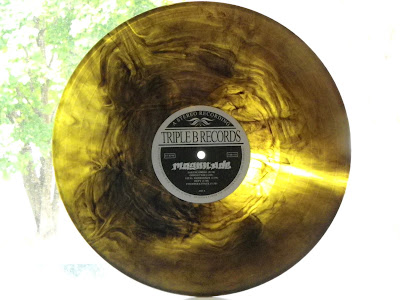 The vinyl doesn't look too impressive...until you hold it up to the light. So nice. 300 pressed on "galaxy yellow" vinyl.