There is no denying how big Sacred Reich were to me in the late 80's. Ignorance is one of my favorite thrash albums of all time...I can clearly remember sitting in the parking lot at college, and listening to the Surf Nicaragua EP between classes...and then for those car rides home from Boston shows, I'd crack open a can of Jolt Cola, pop a couple of No-Doz, and throw on the American Way album to stay awake for the ride home. Man, I loved that band. 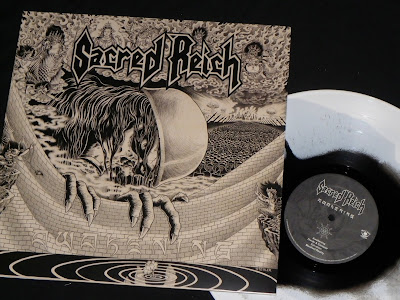 I always assumed that Sacred Reich would be one of the few bands that would never reunite and record new material. I could have sworn that I'd read years ago, that they would never do that...but here we are. Every other band seems to do it, so why shouldn't they, and in these days of Trump and political insanity, we need bands like Sacred Reich.

While the new album, Awakening, isn't as biting and angry as I'd hoped, it is still a solid album from a band that hasn't see a new album for over 20 years. 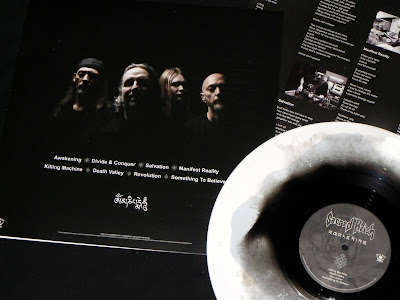 Because it is 2019, there have to be a ridiculous amount of pressings for each album. There are eight different vinyl pressings for Awakening, but I just went with the "haze" pressing. Limited to 500.