While I like to think I'm pretty open minded within hardcore and metal genres...I mean, I enjoy the self titled Warzone album, Token Entry's Weight Of The World, and Metallica's St. Anger...there are also times when I can be a bit prejudiced and rigid. It took me until just a few years ago to finally listen to Dag Nasty's Wig Out At Denko's record simply because it had that guy singing that wasn't Dave Smalley...and it wasn't until this year that I finally listened to Ozzy's No More Tears album, because I incorrectly assumed it was past his prime so the record was shit. The same kind of short sightedn view held true for Leeway as well. 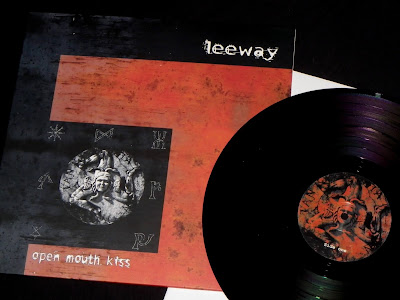 I've only really acknowledged Born To Expire and Desperate Measures in the Leeway catalog. I know they had other albums, but I'd heard some negative reviews at one point so I never bothered to check out anything else from the band.

I was listening to some station on Spotify a couple months ago, and the song Foot The Bill came up in the playlist. I had no idea what this song was, but I had to immediately check to see who the band was, and I was floored to discover it was Leeway. The band released Open Mouth Kiss back in 1995, and given how much I enjoy bands from this period like Black Train Jack and Bad Trip, I should have kept my mind open and checked this record out earlier because this album falls in line with those bands that were doing their own thing at the time, and doing it well. 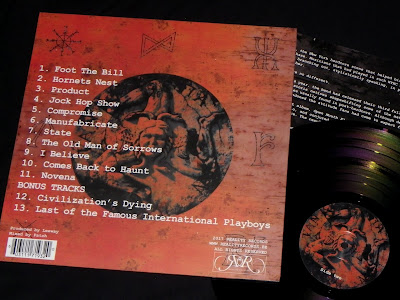 The timing couldn't have been better to introduce this album to me. While it was originally released in '95, it didn't get a vinyl release until this year. 200 pressed on black vinyl from Reality Records.

I do! It was the first Warzone record that I heard, so I didn't know any better. Ha!

Great record! Also picked up this LP :) We actually kicked around Foot The Bill in the S&D rehearsal space a bunch of times, but I don't think we ever did it live.