Last year, Smoulder showed up on the doom scene and impressed the hell out of me with their Sword Woman demo. I really enjoyed those songs, and was hopeful that the band would stick around and give us more, so I was very happy to discover that Smoulder had a full length album due to be released this year. 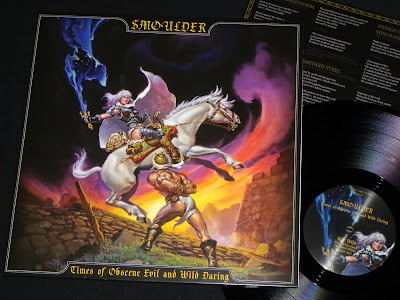 The Times Of Obscene Evil And Wild Daring album was released on Cruz Del Sur label out of Italy, but the band was selling some copies through their bandcamp page, which helped me avoid those high overseas shipping fees. I opted for the black vinyl option, mainly because the metallic gold colored vinyl always looks terrible. 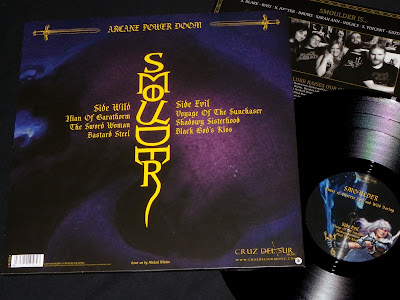 The album includes two songs from the Sword Woman EP, so there are really only four new songs here, but this album is solid through and through. An album of some solid epic doom...this is some truly impressive stuff.