One of my favorite things to do this year has been to dive into those albums celebrating their 30th anniversary, and chasing down those records from 1989. Man, so many great albums were released that year, and it has been a blast immersing myself into that time period and reminiscing about those days when I was 18/19 years old. 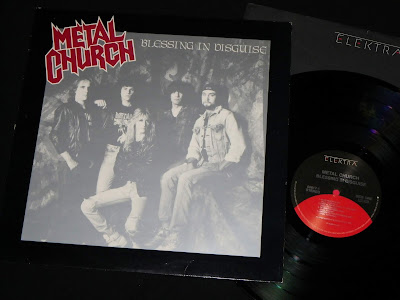 I've been looking to pick up a copy of Metal Church's first album with Mike Howe, Blessing In Disguise, for a long time. Seems like I spend some time each year trying to hunt one down, but it never works out, and then I forget about it and move on to something else. I've been after this record for so long, I've come close to adding it to my Top Wants list for the year, just to keep front and center on my radar, but once I started chasing those 30th anniversary albums this year, I was bound and determined to finally get the job done. 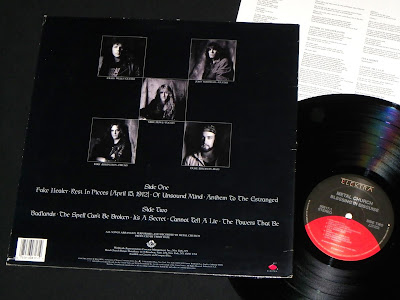 Blessing In Disguise was the first Metal Church record since their departure with vocalist David Wayne. Those first two albums with David Wayne as the singer are kind of a big deal, and they are straight up classics. When he left, they were some big shoes to fill... but then Mike Howe came into the band and brought the band to another level. It is like trying to compare DiAnno and Dickinson era Iron Maiden, with Wayne and Howe, I'm torn between which one I prefer...both are just so good.