Refuse To Be Tied Down

I'm not going to lie, I've had zero fucks to give when it comes to new hardcore records this year. I just haven't cared. I've been hanging out with a bunch of 80's metal records, and that's kind of all that I've wanted to listen to. Everything else can fuck off. 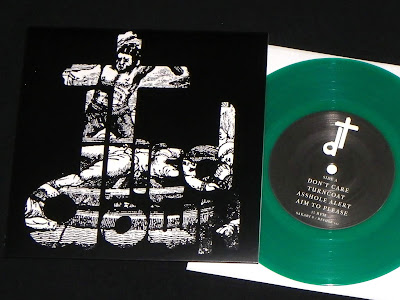 I met Lins years ago when he was doing his record collecting blog, and even though he stopped blogging about seven years ago, we still keep in touch. When he mentioned that he had started a new band and they were going to release a 7 inch, I knew that I was going to have to play the part of "the good friend" and buy a copy. I wasn't too excited to spend the money, and buying from Refused Records is a bit of a pain in the ass since you have to place your order and then wait for an invoice before paying...still, I can trust Lins' judgement, and he isn't a total plum, so I felt safe that his band wouldn't be complete shite, and I ordered the record. 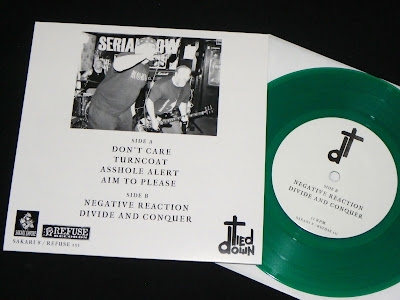 Tied Down obviously lifted their name from Negative Approach, but holy shit, they sound a lot like that band as well. These six songs absolutely rip and rage with that Negative Approach power and aggression. This is seriously good, and for a hot minute it has me interested in hardcore again.