Record Store Day 2019 was kind of a bust. Sure I dropped over $60 on records, but overall, it felt like it came up short. Before calling it a day, I found one more record to add to the collection. 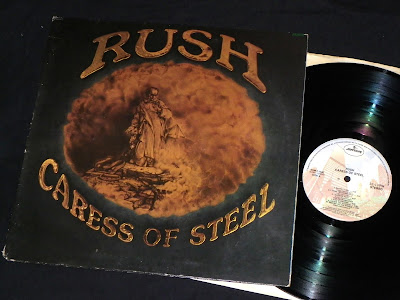 I love the early Rush records, but my collection is pretty thin...I mean, the Farewell To Kings album is really the only one that I've bothered to chase down. I'm not sure why my Rush collection has been so slow to come together, but when I saw Caress Of Steel in the used bins for $7, I knew it was time to make a move. 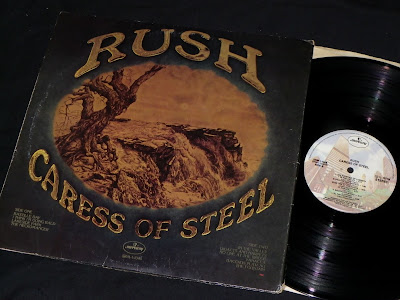 Caress Of Steel is Rush's third album, and their second one to be released in 1975...because bands in the 70's often would crank out two albums a year...and this record sees the band starting to really push the envelope with their two epics The Necromancer (over 12 minutes) and The Fountain Of Lamneth (around 20 minutes). Happy to finally have this in the collection.