Strong Arm Of The NWOBHM

I've been riding high on the New Wave Of British Heavy Metal this year. I've downloaded a ton of stuff that I've never heard before, and I've been eating it up. I've been itching to buy a bunch of old NWOBHM singles, but since I have so many full length albums that I'm still missing from the collection, I'm trying to focus on the bigger records from that time. 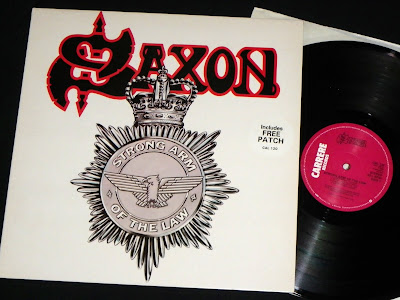 A few years ago, I picked off the first two Saxon albums, and I was ready to chase the other records from their classic period...and then I got sidetracked for a few years. It's taken me a while to get back to it, but it felt great to finally grab Saxon's third album, Strong Arm Of The Law. 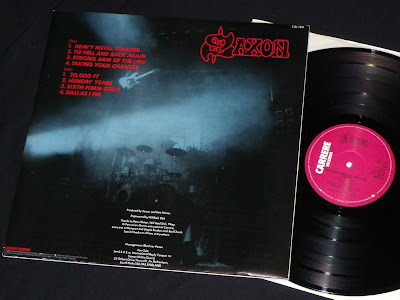 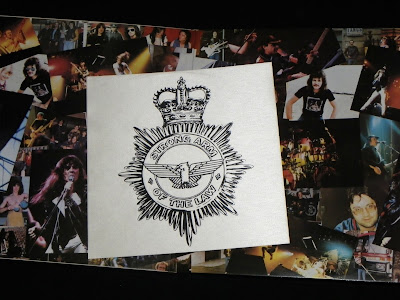 When it came time to buy this record, I wanted to go for the first UK pressing...the one that came with the "free patch". Turns out it was more of a giant iron-on, instead of a sew-on patch, but it was still cool to get one.