Die For The Devil

Next to the new Magic Circle record, I was damn excited for the new Enforcer. Enforcer are probably my favorite new metal band from the past 10 years, so I was beyond excited for a new record. 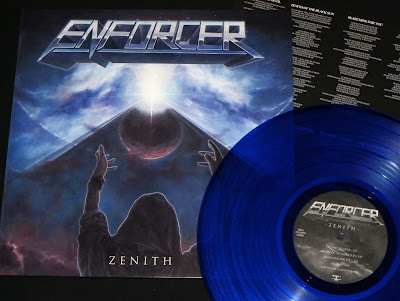 Just like the Magic Circle record, I had some high expectations with the new Enforcer album...and also like the Magic Circle album, I was underwhelmed when I first heard the new Enforcer. It wasn't terrible, but there were a few songs that really seemed to suck the energy and life out of it. Still, I loved the band so much, I wasn't going to give up on it that easily, and I kept going back to it. With repeat listens, there are some really great songs that stand out on this record, and while there are still a couple of clunkers on here, it isn't nearly as bad as I initially thought. 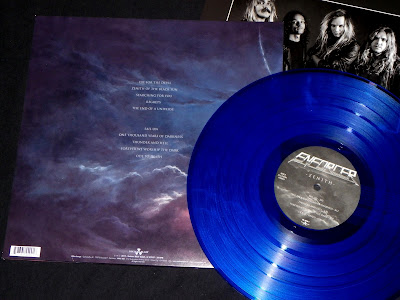 300 pressed on blue vinyl, which is obviously the way to go here, instead of that shitty looking silver vinyl.