Live Without A Net

When I was out hitting the used bins for Record Store Day, I found that there really wasn't very much that was grabbing my attention. I was hoping for a nice big haul, but I ended up with only a small handful. I saw the double live Angel album, and while it wasn't a very exciting find, I figured that I'd grab it just because it was there. 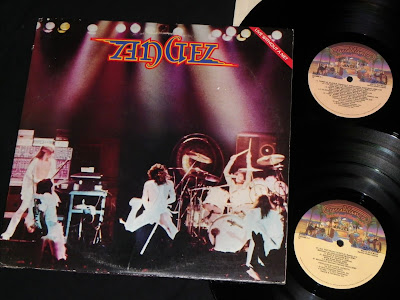 I like Angel. Their first three albums are really great, heavy slabs of 70's rock/metal...but I've never bothered with anything after On Earth As It Is In Heaven from '77...completely ignoring both White Hot and Sinful. I don't know...I've read some reviews that seem to draw the line at that On Earth As It Is In Heaven album, and that Angel got too commercial after that record, so I've stayed away. I saw this Live Without A Net album from 1980, and figured that I'd take the chance. I mean, if there was a place that the band might keep the newer songs energetic and a bit more heavy, I figured it would be in a live setting, so I rolled the dice. 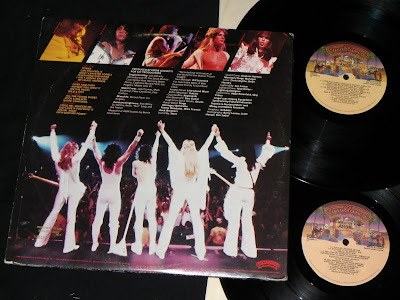 If I'm going to be honest, my first time though this album, I struggled to pay attention, and by the last song, I figured that I'd wasted my money. The second time through the record was a different experience, and suddenly the songs were jumping off the vinyl at me. The songs were alive, and totally sucked me in. I loved it, and the new songs sounded good enough that I might have to finally check out those other Angel records. 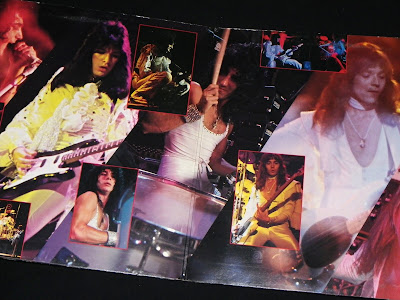 One thing that bothers me about this double live album is how it was pressed. For some reason, the pressing plant pressed the record with side 1 and side 4 on one record and side 2 and side 3 on the other, so flipping the first record after side 1, puts you at the end of the show with side 4. So weird.