Last year, I had a great Record Store Day haul, full of 80's hair metal bands. I was looking for more of that kind of action this year, but overall, it was a big let down as the record store used bins failed to really deliver. My one and only big hair metal score this year was for the first Vinnie Vincent Invasion album. 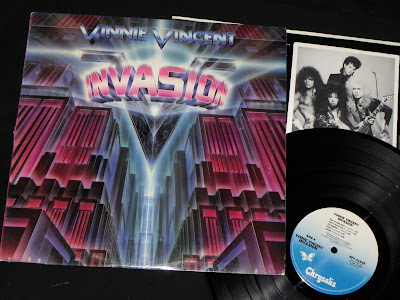 I wasn't a fan back in '86 when the debut Vinnie Vincent Invasion album was released. I was really straddling the line that year...on one side, I was a fan of stuff like Raven's The Pack Is Back and W.A.S.P's Inside The Electric Circus...and on the other side I was thrashing it out with Slayer's Reign In Blood and Metallica's Master Of Puppets. Honestly, I don't know if there was a rhyme or reason to what I found acceptable and what I didn't...maybe it was based on the release date, and towards the tail end of the year, I wasn't messing around with big hair bands like Vinnie Vincent Invasion...but whatever the reason, I was never interested in this one as a kid. 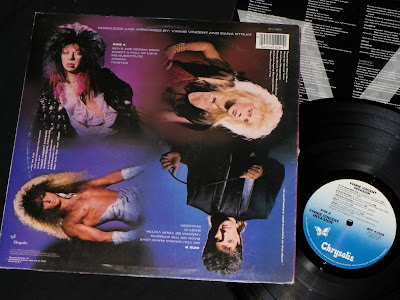 Of course, I've been on a big hair metal kick this year, and I've been hungry to find some treasures that I ignored the first time around, and Vinnie Vincent Invasion fits that bill. They certainly had the look, with the hair teased up for miles, and I'm getting a kick out of the songs. Fun stuff!