I'm damn proud of my Dio collection, but I know that there are a few big holes that need to be filled. A couple of those holes are for Dio's first major band, Elf. 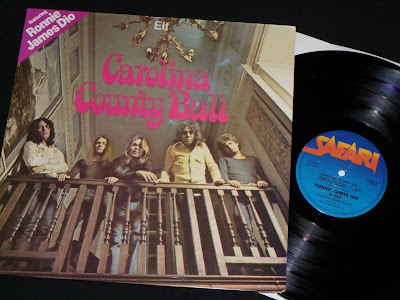 I'm not a huge fan of Elf...I mean they are okay, and I enjoy listening to them from time to time, but overall they are too old-timey with that honky tonk piano, and I don't feel compelled to return to their albums very often. The songs are cool, but man, if they had ditched the piano, and gone with a hammond organ like Deep Purple, I think they would have held up much better. 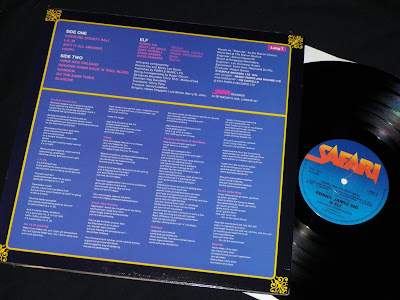 While out for Record Store Day this year, my first stop uncovered this Elf record from 1974. The record was still sealed, so I quickly scooped it up. It ended up being my most expensive pick-up for the day, but for record that was still sealed, the price tag wasn't too high. 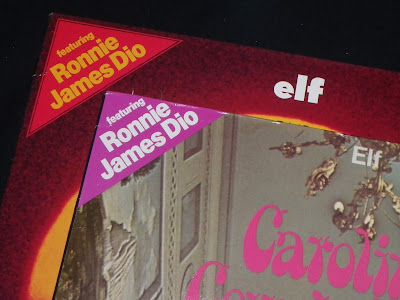 This pressing of Carolina County Ball is the reissue from 1984, but I'm cool with that because it matches my pressing for Trying To Burn The Sun, with the "featuring Ronnie James Dio" box in the corner of the cover.