I may have gotten myself in too deep with all the goals that I've set for 2019. First up, I created a list of ten records that I've wanted for years, but haven't had the focus to make any solid moves to actually acquire them, so keeping them front and center on my radar, I hoped that it would motivate me to finally pick them off. There are some heavy hitters on that list, so just sticking with that goal pretty much filled my plate...and then I kicked off January with a New Wave Of British Heavy Metal obsession, and I started to get excited thinking about chasing down some NWOBHM rarities. Then, if that wasn't enough, I got it into my head to really get aggressive over my 30th anniversary challenge, and grab some of my favorite albums from 1989 that I still need to own on vinyl...and I'll tell you, that list is fucking huge. 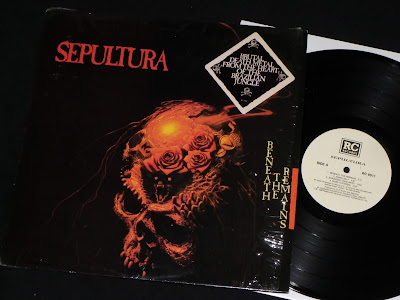 Right now, those records from 1989 are commanding most of my attention. Because I was so focused on buying CDs back in '89, my record collection for that year is fucking pathetic. When I looked in my collection for that year, I came up with a total of two metal records...and one of those was the Sea Hags album that I was introduced to this year. Jesus Christ. I needed to do some work.

I wanted to come out of the gates with a bang, and scoring Sepultura's Beneath The Remains was a great way to kick off this latest obsession. This thing is mint. With the shrink wrap and hype sticker still a part of the package, I don't think that I could have found a better copy. 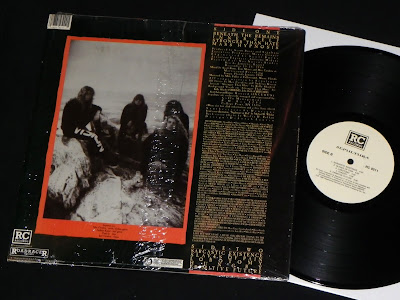 Holy shit. This album is a monster. It has been a blast revisiting it, and every single one of these songs still hit like a brick to the face. Easily a contender for the best album from 1989...which is saying something for a year that was full of great metal records. More killer albums from 1989 to come...