I've been on the hunt for those early albums that helped introduce me to heavy metal. Picking up a copy of Pyromania was a big step towards that goal, but I still had one more album from that time period that I needed to add to the collection...Twisted Sister's Stay Hungry. Thankfully, when I grabbed that copy of the Def Leppard record, the store also had a copy of the Twisted Sister one as well. 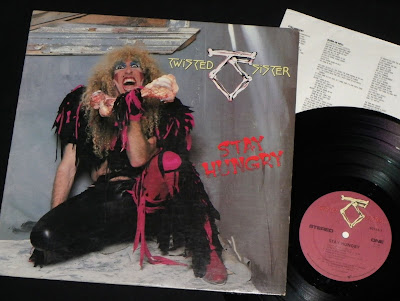 I was thirteen to start 1984. I had just started to discover heavy metal the year before...MTV was new, and introducing me to some bands that I'd never heard before...and suddenly there was Twisted Sister telling me what I wanted to do with my life. Sure some parts of Stay Hungry may seem a bit cheesy now, but at that time, We're Not Gonna Take It and I Wanna Rock were like a battle cry...this album was my anthem of teen rebellion. Twisted Sister were incredibly important at that time, but man, I burned through them hot and fast. By the following year, when they released Come Out And Play, and the single Leader Of The Pack, I found them to be rather weak when compared to my steady diet of Iron Maiden and Judas Priest, and I quickly left them behind. 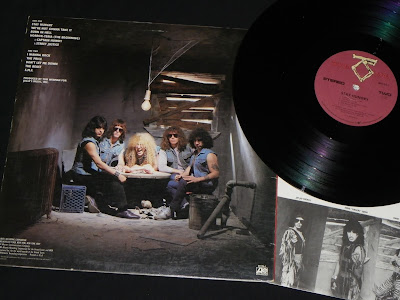 Still, I find that Stay Hungry still holds up for me today, and I'm happy to finally have the record in my collection.