Three months into 2019, and this post finally catches me up from my 2018 backlog. I've thrown in a couple of new releases along the way, but for the most part, the majority of my 49 posts this year were for records that I'd bought during the last few months of 2018. That said, I'm still about 18 posts behind, so at this rate, I hope to be caught up buy June. Got to keep at it! 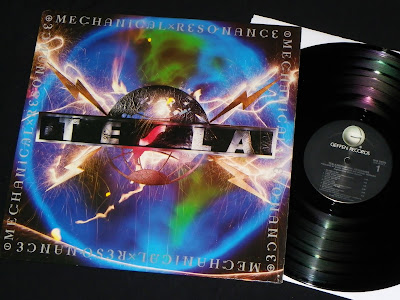 Tesla were a band that were tough to categorize. They were kind of lumped in with the 80's hair bands, but Tesla seemed to be less about the image, and more about just playing some quality rock songs. Still, I was getting down with Reign In Blood and Master Of Puppets at the time, so Tesla was more of a guilty pleasure for me. All I wanted to do was thrash, but god damn, that video for Modern Day Cowboy still had me hooked.

I think it took me a couple of years before I would admit that I liked Tesla, but these days, I've got no hesitation...their first two albums are damn solid. As I've been stuck in an endless cycle of listening to stuff like Dokken and Ratt, Telsa fit in there perfectly. 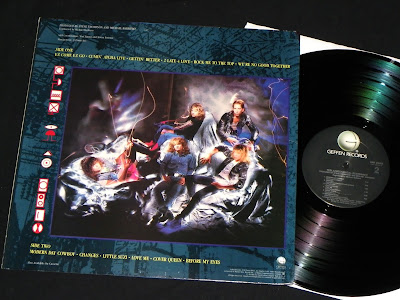 Mechanical Resonance was released in 1986, but for some reason I always think Telsa were a couple years later than that. I think that I was just slow in finally accepting them, and didn't dive in until their second album was out in 1989. Either way, I was pretty psyched to find their first LP in the used bins.