I've been slowly adding records for The Beatles to the collection. I enjoy all of their stuff, but it is really only the later day records...from '65 on...that I'm actively looking to pick up. I've grabbed a copy of all the records from that era that I was most excited to own...with the exception of The White Album. I still needed to get my hands on that one. 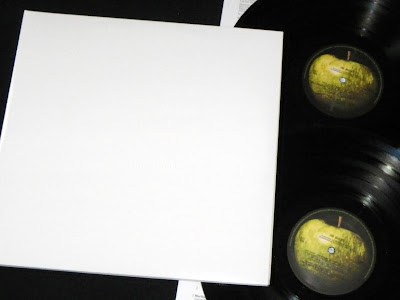 As the family was getting ready for Christmas last year, I was asked for some gift ideas, and so I threw together a list of albums that I wanted, but if left to my own devices, I know that I wouldn't have tried very hard to chase them. The two album set for The White Album was on that list. The Beatles are one of those few bands that some family members can see eye to eye with me on, so I figured that it might make someone happy to pick up that one for me. 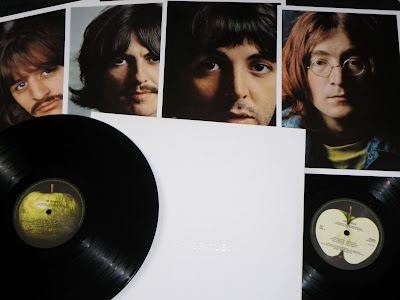 This 50th anniversary pressing is pretty damn solid, and includes reproductions of the original portraits and poster that were included in the original pressings. 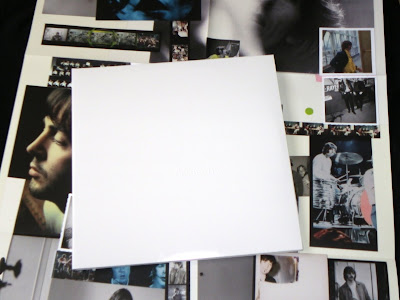 This poster is huge. I'm happy that things like this were included, otherwise, with the simple, embossed, white cover would be pretty damn boring. At least the poster and portraits give the packaging some life and color. 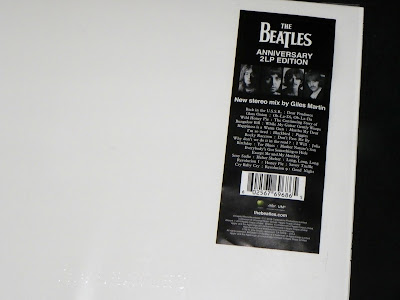 The White Album isn't one of my favorite albums from The Beatles, as there is a lot of different stuff tried here, but I do still enjoy it from time to time, and there is still more than a handful of songs that are just truly fantastic.