I wanted to sink into a New Wave Of British Heavy Metal obsession to kick off 2019. I grabbed my copy of Martin Popoff's This Means War, which covers everything that was happening with the NWOBHM scene from 1981 through 1984, and I dove in head first. There was so much to discover...tons of bands and records that I'd just never taken the time to investigate, and with Popoff as my guide, I hit up Soulseek to download a ton of stuff that was new to me.

One of the things that I discovered while reading Popoff's book, was just how many compilation records were released at that time. The NWOBHM scene was built on a Do It Yourself ethic, and it seemed like every upstart record label was putting together a comp full of young and hungry bands. While I generally steer clear of comps, I was suddenly caught up in the spirit of those early metal years, and I wanted to dig in deep, so I started checking out what some of those compilations had to offer. 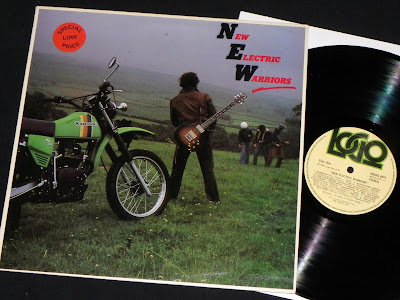 I started checking out some of the comps, and was excited over just how many great discoveries there were to make. There was a lot of bands that I'd never heard before, and in many cases, it seemed that the comp was the only place that some of these bands ever appeared. I downloaded a copy of the New Electric Warriors compilation record, and I was amazed with how much fun this record was. There is a lot of innocence and determination captured here, and real youthful energy and excitement flows through this whole album...and I had these songs on repeat for weeks. I knew that I needed to track down the record. 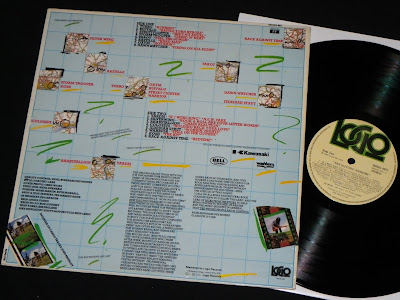 These early comps don't seem to have seen a lot of attention since their initial run in the early 80's. If you want a copy you need to dig into the past, and get an original pressing because that's all there is. Given that many of the songs on the New Electric Warriors comp were exclusive that record, I would have expected it to carry a higher price tag, but for $25, I had no problem paying that. Man, this record is a blast. Buffalo, Streetfighter, Jedediah Strut, Race Against Time, Rhabstallion...so many unknown bands playing such great NWOBHM songs. I love this shit.