I went down a deep nostalgia hole last year, and it's one that I still can't seem to pull myself out of. Bands like Twisted Sister, Dokken, and Quiet Riot all made a big impact on me as a kid, with each one played a major role in leading me down the path to Heavy Metal and discovering heavier and faster bands. While I was excited to add records for each of those bands to my collection last year, there was still a major player that I was missing from my early metal years. 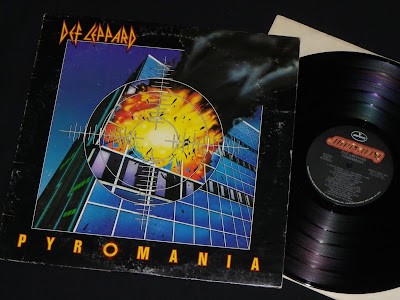 I remember AC/DC's For Those About To Rock album as the first legit metal album that I bought as a kid...that Motley Crue's Shout At The Devil was the first album that I'd bought without hearing a single song from it, diving into it completely blind...but right there commanding a lot of attention from me in those early days was Def Leppard's Pyromania. While it might seem hard to believe these days, but back in 1983, I didn't know a single person that had heard of Def Leppard. My brother and I saw the Rock Of Ages video on MTV, and we were immediately hooked. This was ours.

While Pyromania was a great introduction to heavy metal at the time, the album pales in comparison to the first two Def Leppard albums, On Through The Night and High And Dry...but back when I was thirteen years old, this album was huge. 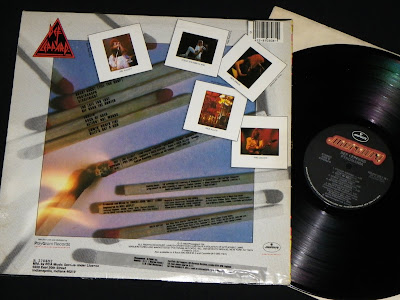 I've been itching to cross this early introduction to metal from my want list. It would have been easy enough to just grab a copy from Discogs or eBay, but I figured that if I kept digging through the used bins at the local stores around town, sooner or later a copy would show up. At the end of last year, I finally found one...and at seven dollars, the price was right.

Fun fact - I used to own the first 4 Def Leppard albums on cassette. They may still be in my Dad's loft. Who knows?