In Search Of The Lost Chord

A year or so ago, I was stuck in a late 60's musical mindset. I was listening to tons of stuff from The Doors, Cream, The Beatles and The Stones, and I was loving the history of this music. It was fresh and pushing boundaries for it's time, and it just felt important. It has taken me a long time to finally recognize how great these bands were, an suddenly I was hit with an urge to dig around and see if there was something else that I'd been missing out on.

I started researching other bands from that era, and when I saw the name The Moody Blues, I figured that I'd give them a shot. 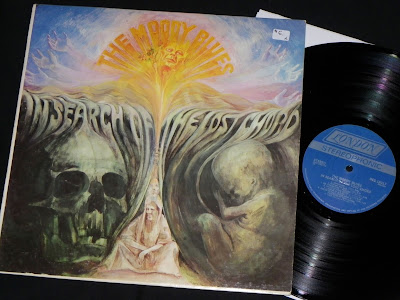 After checking out their discography, I decided that their 1967 album Days Of Future Passed might be a bit too much to start with since it was recorded with an orchestra, so I bumped thing out a year, and looked up their In Search Of The Last Chord album from '68.

I really didn't know what to expect here, but as we started to get into Ride My See-Saw I was getting really excited over what I was finding. The rest of the album didn't hit me as hard as that one song, but there was still something there that kind of kept my interest, so I revisited it off and on..and while it didn't completely grow on me like some of the other classic bands of the time, this is still a fun album to spin every once in a while. 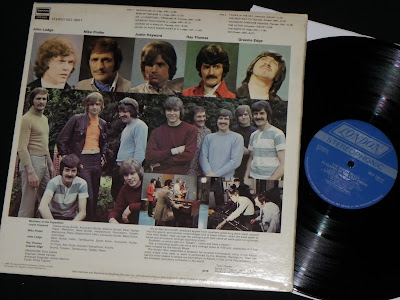 While I was out visiting some local stores last Fall, I spotted the record in the racks and for six dollars, I added it to the slowly growing collection for the late 60's.

My mother-in-law bought me this Moody Blues CD for Christmas a couple of years ago and I still have yet to dig into it, but now I'm kinda stoked to. I've been deep in the late 60s stuff recently too after watching The Vietnam War PBS doc. I never really appreciated Jimi Hendrix before and just knew the songs that get regular play on classic rock radio, and I am now 100% obsessed. If you habven't started going down that avenue, you should. His live albums specifically. A once ambivalent opinion of the guy has turned into an every morning religious experience.

Hey Johnny! Thanks for the comment. Yeah, this Moody Blues album has some sections that are a bit odd, but the strong songs on here, help me to overlook that. Those first two Hendrix albums are essential!