A Ratt In Trouble

Last September, I picked up the first Ratt EP. When I grabbed that record, I was completely obsessing over that 1983/1984 time period...those days when I was first starting to discover heavy metal...and I loved finally adding those old classics to the collection. When I was digging around Discogs on the Ratt EP, I discovered that there was another pressing with a different cover, and like a fool, I needed to get a copy. 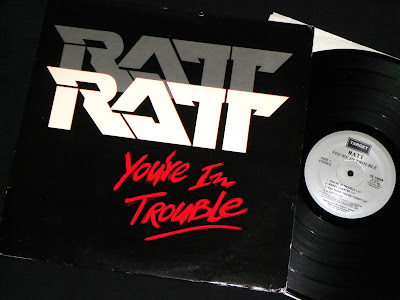 The Ratt EP was originally released in 1983 on Time Coast Communications, and then reissued in '84 when the band signed with Atlantic. Somehow Target Entertainment was able to get their hands on the rights to the EP and release their pressing of it in 1985, including a bonus track of an early recording of You're In Trouble (that was only previously available on the original UK pressing), renaming the record and slapping a quick and rather boring cover on the package.

At the time of my obsession, I was buying US and UK pressings of Twisted Sister albums because of the difference in album artwork, so of course I had ride that wave with this Ratt EP as well. 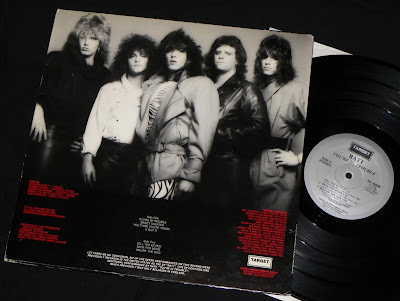 Man, that puffy jacket on Stephen Pearcy is...umm...well, it's a look. 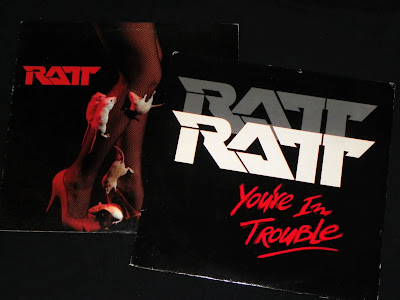 Side by side photo of both the original cover and the 1985 Target Records reissue. Funny that I've been dropping out of the multiple pressing game for hardcore records, but for these early 80's metal records, I have no problem adding them to the collection.