First new release of 2019! I did a rather shitty job of managing my posts for new releases last year, and it put me so far behind the eight ball, that I had to focus on nothing but 2018 releases for the last two months of the year. For this year, I'm going to try to stick to a new plan and get them up on the blog when they come in, as opposed to burying them in the used record backlog...well, hopefully I can avoid the backlog all together, but sometimes that just seems unavoidable at times. 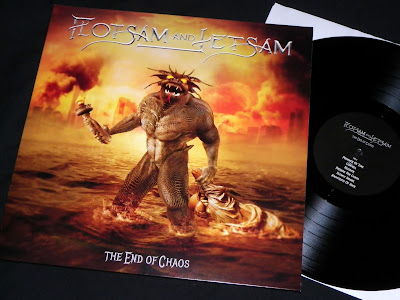 Flotsam and Jetsam surprised the hell out of me back in 2016, when they released their self titled album. I hadn't paid attention to the band since their 1990 album, When The Storm Comes Down, so it was quite the shock when I decided to give their new record a shot a couple years ago. Man, that album absolutely melted my face, and it shot to my number one spot for my Best of 2016 list. So when I discovered that Flotsam and Jetsam had a new record coming out this year, I didn't hesitate to order a copy. 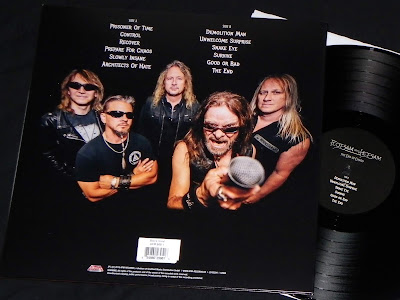 The End Of Chaos is a solid follow up. It is too early to tell how it stacks up against their last one, but this is a vicious thrash attack. I love this shit. With this new Flots album, and records on the way from Death Angel and Overkill, 2019 is going to be a great year.