Tull Obsession - Part 3: Living In The Past

Things were starting to snowball with my obsession over Jethro Tull singles. I needed more, and I kept searching Discogs for US sellers that had multiple Tull singles for sale. Things were getting a bit more serious now, and I wasn't too concerned with paying only a few dollars for these things...suddenly, this casual chase for singles was getting a bit more urgent, and when I found a US seller with a bunch of records available, I didn't bat an eye at the higher price tags. 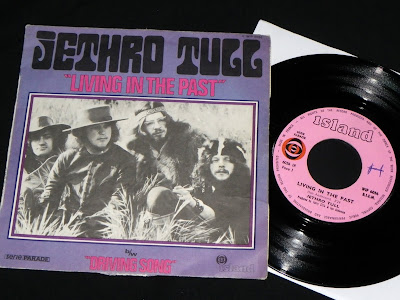 Each single was usually released with multiple covers, depending on the country of release. This is the cover for the French release. 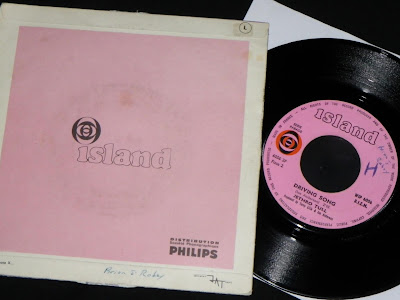 There is something cool about those pink Island labels. Too bad the original owner had to make sure his friends didn't steal his copy by writing his name all over it. 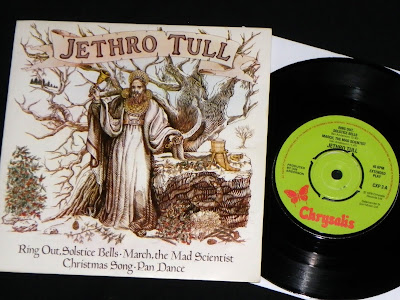 A couple years back, the Ring Out, Solstice Bells single was reissued from Record Store Day. I wasn't interested in Jethro Tull at the time, so I let it pass me by without any interest. That reissue probably had a $15 price tag. This original UK pressing from 1976 was $3. 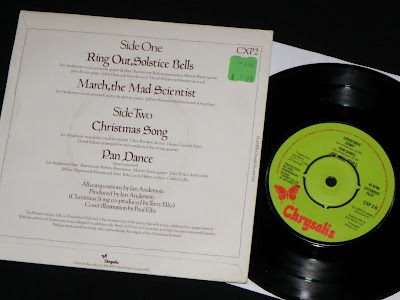 I generally dislike any songs that could be considered Christmas songs, but this single is an exception. 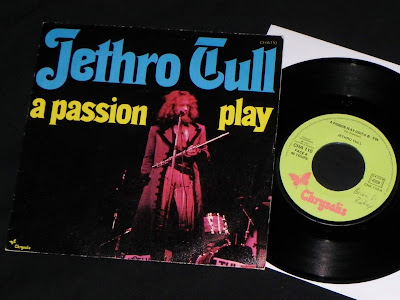 One of the albums that I haven't really taken the time to check out is the 1973 release, Passion Play. This album is supposed to be just one long song, split across the a and b side of the record, and it has seemed overwhelming when I think about checking it out. I figured that this single would give me a solid snapshot of what the album had to offer, so I grabbed it. 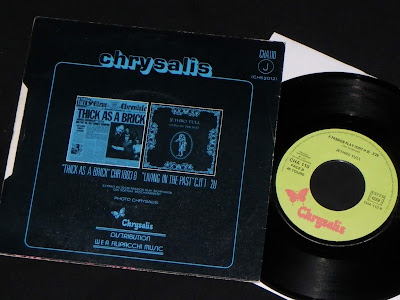 Just like that, my collection doubles from three records to six. I still can't get over how great these picture sleeves look, and it feels like I'm collecting history. I'm not done yet.