Back in October, Doug sent me a message, letting me know that he'd just picked up the Sea Hags album. He was obviously excited over his new purchase, and I was sitting there thinking, "Who the fuck is that?" I'd never even heard the name Sea Hags before. Doug gave me a quick lesson on their sleazy hair metal style, and I tucked the name away to check them out at a later date. Since I latched on to my obsession over Dokken, Ratt and early Motley Crue last year, I've been taking baby steps into the Hair Metal world, and checking out some bands that I ignored back in the day, so the Sea Hags record seemed like something that I'd be down to check out at some point. 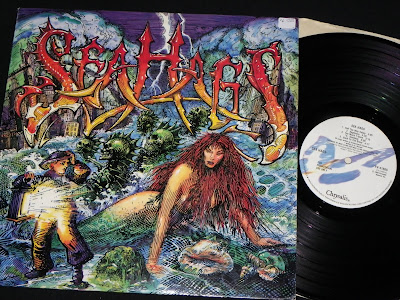 A few days after Doug's message, I was flipping through the used bins at a local record store, and was surprised by the coincidence to see the same Sea Hags album sitting there. I had no idea if I was going to like it or not, but for six dollars, I figured that I'd take the chance.

Yes! This is exactly the kind of thing that I've been craving. Great sleazy rock and roll. I don't know if I'd qualify it as hair metal, but it does sit nicely next to stuff like Faster Pussycat that I've been digging lately. 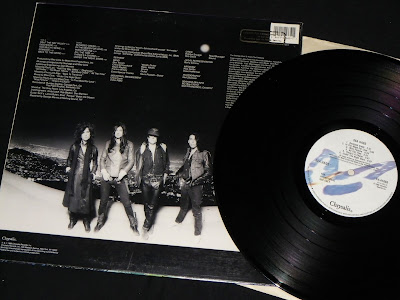 One of my missions this year is to chase down the vinyl for albums that were released in 1989, and it just so happens that this one falls into that category. Not bad...30 years after it's release, I'm discovering it for the first time.