I was six records into my obsession over Jethro Tull picture sleeve singles, and what started as a casual pursuit, suddenly got really fucking serious. Initially, I told myself that I was only going to pick up cheap singles from US sellers, but as I got deeper into this game, those rules went out the window, and this time out I was hitting up a seller out of France. I didn't care about the higher shipping fees, I just wanted to grow the collection. 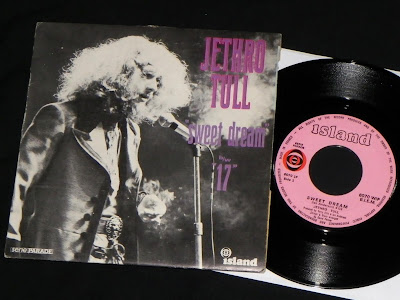 The Sweet Dream single was out of 1969, and while the a-side made it on to the Living In The Past comp, the b-side song, 17, did not, so I was especially excited to get my hands on this one. This might be my favorite cover of all the singles that I have at this point. The shaggy, long hair and beard...plus the cigarette smoke...captured in black and white...goddamn, it just looks so bad ass. 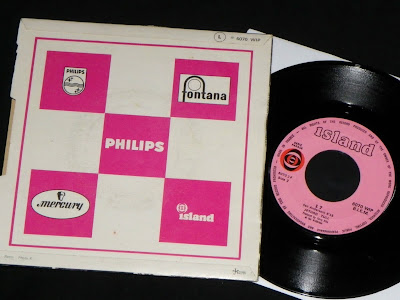 Two great classic Jethro Tull songs that should not be missed! 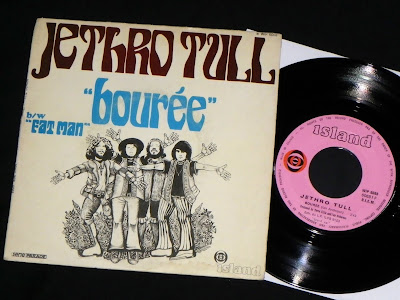 The Stand Up album is probably my favorite Jethro Tull album...basically for the same reason that Fireball is my favorite Deep Purple album...both of them just have this perfect flow and texture. So while both songs on the Bouree single are from the Stand Up LP, and there is nothing new that is offered here, I still wanted a copy of this single. 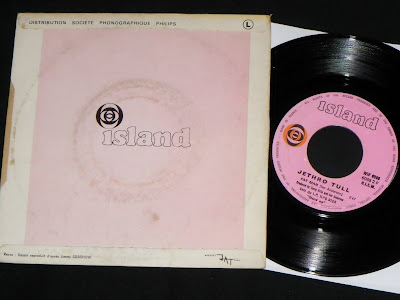 Another French pressing, and a great addition to the collection.