While I was putting a hold on chasing more Jethro Tull singles, I still wanted to add another full length album to the collection. I've got the band covered for their first five albums...from This Was in '68 to Thick As A Brick in '72..but I've been hesitant to explore much beyond that. Diving into the world of Tull singles, exposed me to some stuff outside of my comfort zone, and I was ready to go a little deeper into their catalog. 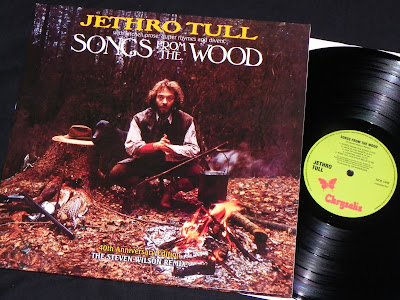 I've been slowly checking out the next handful of Jethro Tull albums, and while they don't completely have me losing my shit over them, they are still quite good. One of the albums that I spent a bit of time with was Songs From The Wood from '77. I had that album queued up to listen to while on a few of my 5:00am runs in January, and those songs really hooked me while I was out there under the stars. 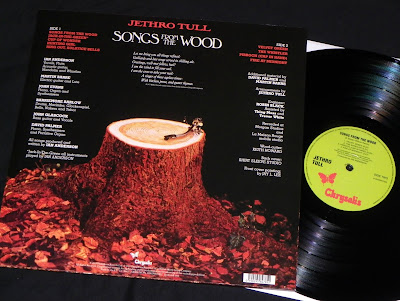 The Steve Wilson remixes for the Jethro Tull reissues have been great, so I was happy when my local record store had a copy of Songs From The Wood in stock. 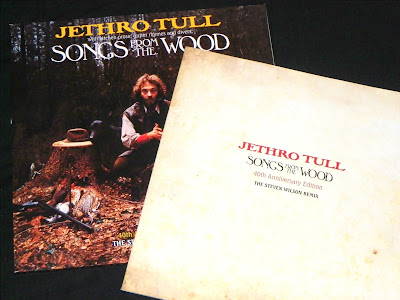 Other than how great these sound, my favorite thing about these reissues is the huge booklet that comes with the record. I love the packaging for these things, and it is one of the few times that I'll skip the original pressing to get the reissue instead. 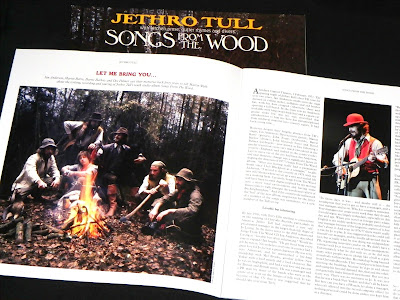 Twenty three pages of photos and history of the album. Perfect for just putting the album on, and flipping through the booklet to totally immerse yourself into it.