It was about three years ago that I was first introduced to Jethro Tull, and it seems that after I took that first taste, I've been obsessing about the band at some level ever since. Hell, checking my listening stats on last.fm for last year, I listened to Jethro Tull at the same level as Dio and Iron Maiden, so yeah, Tull got a lot of playing time. My fascination with the band ebbs and flows, but when the obsession starts to fade, it is just an easy push to get me back down that rabbit hole. 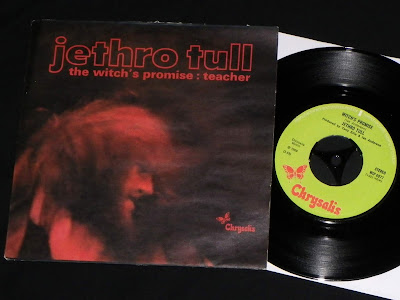 After picking up, and posting about, the first Jethro Tull album last Fall, I got sucked into watching a bunch of live Tull videos on youtube. Man, watching those bearded, long haired ruffians playing live, just made me love them even more. During this live video binge, I discovered a performance of the song, The Witch's Promise. What the hell is this? Where did this song come from? Some quick research on Discogs revealed that this song was released as a single back in 1969...and then was included on the Living In The Past compilation LP a few years later.

As it never ended up a regular full length album, I felt like I'd found some kind of hidden treasure. I needed this song...and I needed the original single for it...desperately. 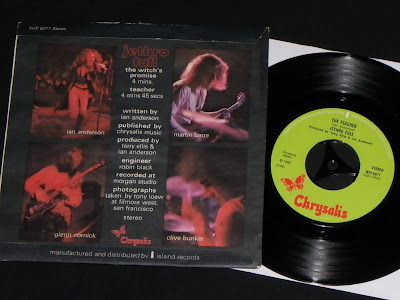 I found a seller in the US that had a copy of the UK single, with the picture sleeve, and with a price tag of only six dollars, I didn't hesitate to make it mine.

This single is 50 fucking years old this year. It is older than I am, and given my age, that is saying something. Holding this record in my hand feels important, and given the reasonable sale price, I imagine that not many people really care about this, and that just makes me love it even more.