2019 has been a weird fucking year. I got my hands on Martin Popoff's Big Book Of Hair Metal, and suddenly I was very interested in these bands and albums that I spent my teenage years absolutely despising. I was a thrasher, and as a kid, I wanted nothing to do with this poppier and prettier side of metal. So, it was strange to find myself really wanting to dig in and check out those albums that I let pass me by in the 80's.

I was having a good time listening to bands and albums that I had never expected to have any interest in. Motley Crue's Theater Of Pain? Let's do it. Lick It Up from Kiss? Oh, fuck yes. How about some Vinny Vincent Invasion? You're goddamn right. I don't know why the sudden change of heart, but this shit was a blast. 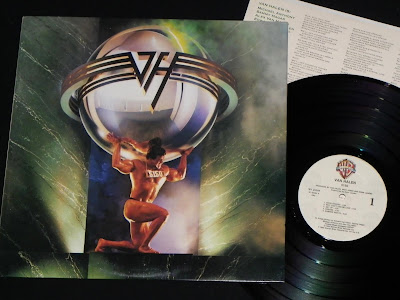 I've got a small handful of records that I inherited from Steve after he died, and I just had them set aside. It was stuff that I wasn't really interested in, but for one reason or another, I just couldn't send it to Goodwill or sell it off to the local record shop. One of those records was a great looking copy of Van Halen's 5150. I've never had any desire to listen to Hagar-era Van Halen, but hey, I was listening to a bunch of stuff that I never expected to like, so on a whim, I threw that copy of 5150 on the turntable. Oh shit. I can't believe that I was actually having a good time listening to it. What the fuck has happened to me? 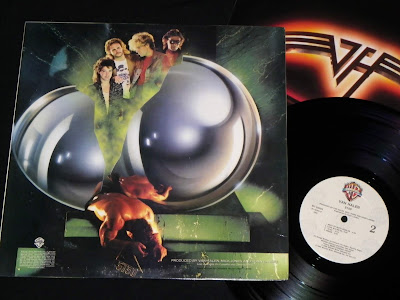 Let's not lose perspective here, okay? The David Lee Roth stuff is still far superior to the Sammy Hagar albums, but I'm surprised with how much fun I'm having listening to 5150. Do I dare check out the other Sammy albums?