At The End Of My Daze

I've been struggling to pay any attention to my Top Wants list this year. I crossed off that Scorpions album early, and then I started to obsess over albums from 1989 and New Wave Of British Heavy Metal records, and that 2019 Top Wants list got pushed aside quick. That's okay though. It is there to be a reminder, and since I'm here posting for the self titled Trouble record, I guess it is going it's job. 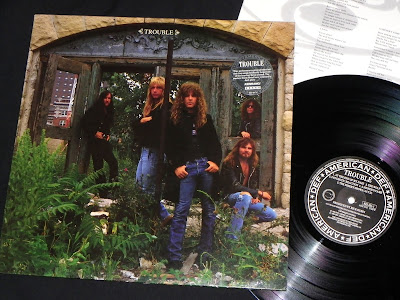 I've been wanting to pick up the self titled Trouble album for years...in fact, it was one of the records that prompted me to start putting together a list of the top 10 records that I was hopeful to pick up each year. Year after year, I'd keep my eyes open for a copy, but it never worked out. Either the seller was asking too much, or the condition wasn't too beat up, or I just had other records that were more important to me at the time...so after four years of that bullshit, it feel really fucking good to finally cross this bitch off the list. 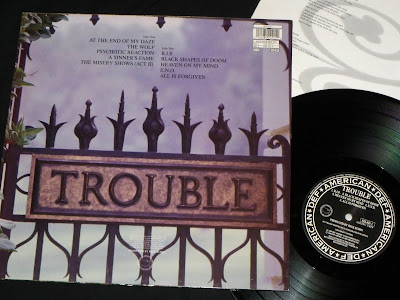 Trouble were at the top of their game when this record was released in 1990. This doom masterpiece is flawless. 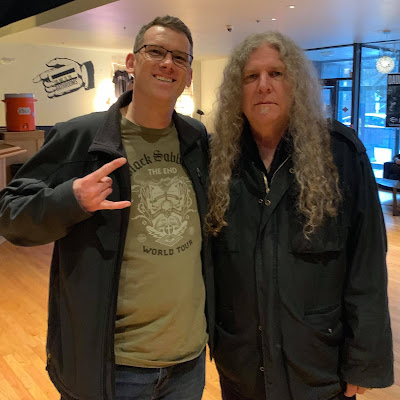 Two of the guys from Trouble, singer Eric Wagner and bassist Ron Holzner, are now in the band The Skull. It was a perfect coincidence when I picked up the copy of the Trouble record just a few days before The Skull came through town, and I got to see them live. Before the show, the band was hanging out in the lobby of the club, and my friend Jeff and I were lucky enough to grab them both for a quick picture and to talk with them a bit. 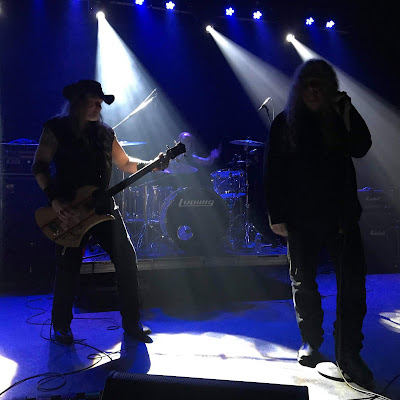 The show was great. The Skull were opening up the show, so they only played for an hour or so, but as it was Eric's birthday, the headliner, Weedeater, let the band play a couple Trouble songs for the encore. The Skull songs were so good, but to be able to hear The Tempter and At The End Of My Daze again, made the show that much better. Good times.