It has been a few years since we've had a new record from Blood Ceremony, so I was excited to hear that Rise Above Records was going to be releasing another single from the band. 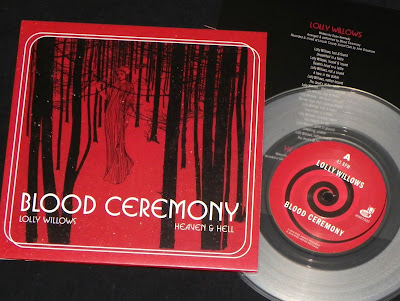 Blood Ceremony have not let me down yet. They have been around for 10 years, released four albums, and Lolly Willows is their second single...and everything they have done has been great. The band has consistently blown me away with each record, and this new single meets all expectations. One new song, and a cover of Heaven & Hell from The Who...I just hope this is a preview for a new album soon. 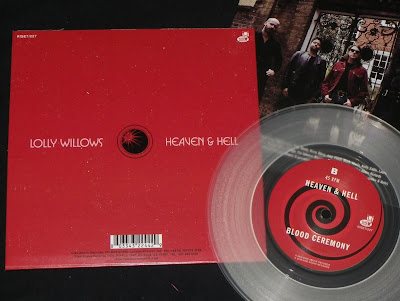 When it came time to preorder, it was tough to resist the urge to buy the clear vinyl Die Hard Edition that was only available direct from Rise Above. I'm sure that I could have saved a bunch of money and just picked this up locally when the purple vinyl pressing was released in the US...but really, who the fuck wants a purple record with a red cover...gross. The clear vinyl looks great, and was limited to 100.