I've been quite obsessed with my 1989 in 2019 goal this year, and it has been a blast celebrating the 30th anniversary for those albums. When I was recently listening to the Death Magic Doom album from Candlemass recently, I noticed that it was originally released in 2009...okay, it was only a 10 year anniversary, but it still was enough of an excuse for me to track down the vinyl for it. 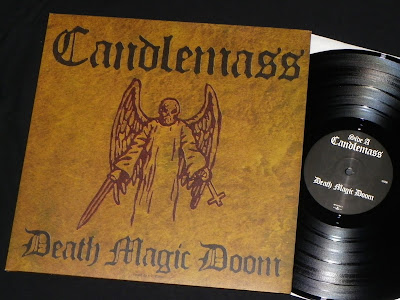 While I'm a big fan of doom, there are some classic bands of the genre that I've been slow to check out...and Candlemass has been one of them. When I finally did get hooked on Candlemass, it wasn't with their classic first album, Epicus Doomicus Metallicus, nor was it the popular Messiah Marcolin era...nope, it wasn't until I stumbled upon the song If I Ever Die, that I really sat up and took notice. That song really grabbed my attention, and I quickly downloaded the songs from the Death Magic Doom album. 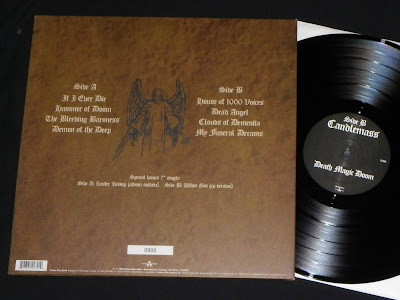 This album is so good...the perfect doom style that I was looking for. Over the years, I've made a few half hearted attempts to grab the record, but I never followed through. Celebrating the ten year anniversary of the release seemed like a good time to finally get it done. 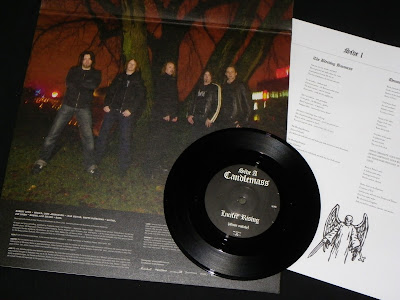 Death Magic Doom has only seen one pressing...the original 2009 release on black vinyl with a bonus 7 inch.