No Sleep At Al

I've been thinking lately about adding to my Motorhead collection. There are still a number of classic Motorhead albums that I'm missing, and I really want to address that...so when I saw that Al Quint from Suburban Voice posted on Instagram that he was selling his copy of the live album from 1988, No Sleep At All, I took him up on it. 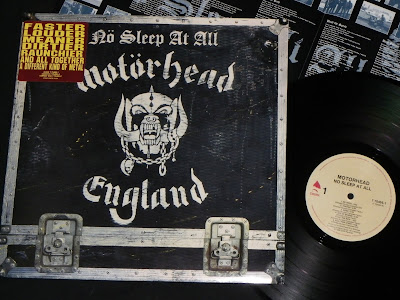 The No Sleep At All album was my stopping point for Motorhead as a kid. By the time the 1916 album was released in '91, I had cut most of my ties with metal, and was fully immersed in hardcore...so it would be another eighteen years before I bothered to check out another new Motorhead release. Still, when this live album was released, I loved it...especially for the new song Just 'Cos You Got The Power. I listened the shit out of this live CD back in the day. Man, I haven't listened to this in years, and grabbing this record served as a nice reminder of how much fun this is. 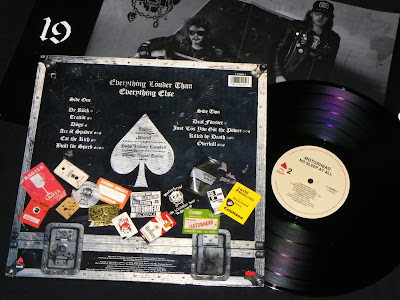 Some people mark the end of the classic Motorhead period with the live No Sleep 'Til Hammersmith album, but I always push it out to No Sleep At All. Orgasmatron and Rock 'N' Roll were crucial to me as a kid, so I'm including that period as well. 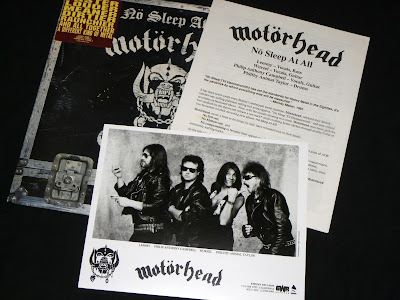 One of the big selling points for me to pick this up from Al, was the promo photo and press kit. I love these cool extras.