I am loving this 30th anniversary goal of picking up 1989 albums this year. There were some amazing albums released that year, and it has been a lot of fun to revisit these classics. I've picked up amazing records from Sepultura and Annihilator so far this year, and I still have a long way to go, but let's cross another banger from the list with Nuclear Assault. 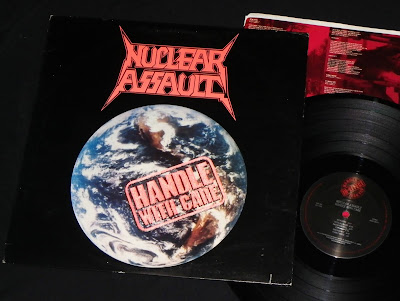 Nuclear Assault were hugely influential to me at that time. I was an angry young metalhead that was down with all the satanic and violent imagery that came along with the music, and then suddenly there were bands that were tackling environmental issues, police brutality and vivisection. The message was important and vital, and suddenly I was starting to stand for something. Given the heavy topics of the Handle With Care album, it's no surprise that a year later, I was really starting to cross over to hardcore, and getting more and more into music with a stronger message. 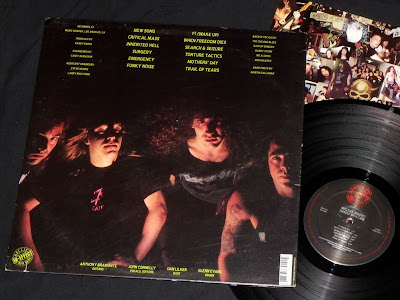 I'm not sure why, but I've been struggling to find US sellers with these records from 1989, and I keep dealing with sellers from overseas to get these into the collection...even for records that were pressed in the US. I guess that by '89, vinyl was breathing it's last breath over here in the States because once again, I found myself tapping the German marketplace for this Nuclear Assault album.