When Death Angel released Killing Season back in 2008, I was still taking the easy way out, and buying most new metal releases on CD. At the time, the local record stores weren't really stocking a lot of new metal albums on vinyl, and it was just easier for me to grab the CD. It was the cheap and lazy way out, and these days, I regret not putting in the effort to track down the vinyl. 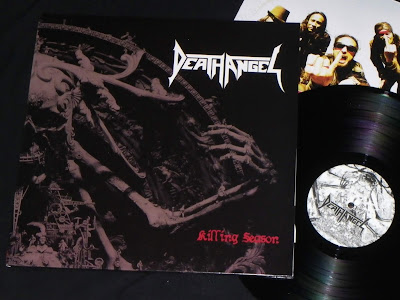 Killing Season was originally pressed as a double LP on clear vinyl back in 2008, and that shit goes for crazy prices these days. While I've recently been tempted to pick up that original pressing, cooler heads prevailed when I saw that Nuclear Blast was reissuing the album as a single album this year. The 2019 pressing options were either silver colored vinyl, or black vinyl. I'm surprised that Nuclear Blast didn't push this out on 6 different colors, and since I'm not a fan of silver colored vinyl, I went with the standard black vinyl option. Hey, I've been buying lots of original 80's pressings lately, so colored vinyl options don't excite me like they used to...black gets the job done these days. 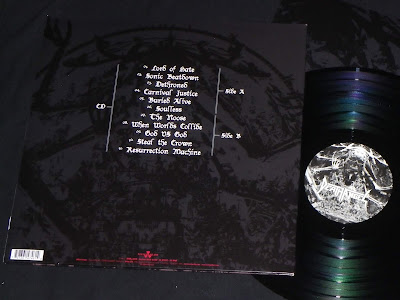 One of the reasons that I keep doing this blog, is because it is fun for me to go back and look at my record buying history. When I pulled up the 2008 recap post, I was surprised to not find Killing Season listed in my Top 10 for the year. Oof...what was I thinking? That list would look a lot different if I put one together now.